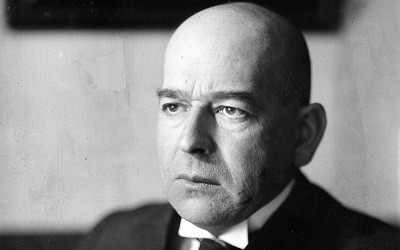 The sharp tongue of Oswald Spengler

2. The secret of all victory lies in the organization of the non-obvious.

3. There is no proletarian, not even a Communist movement, that has not operated in the interests of money, and for the time being permitted by money - and that without the idealists among its leaders having the slightest suspicion of the fact.

5. I maintain that many an inventor, many a diplomat, many a financier is a sounder philosopher than all those who practice the dull craft of experimental psychology.

6. When the ordinary thought of a highly cultivated people begins to regard 'having children' as a question of pro's and con's, the great turning point has come.

7. Formerly no one was allowed to think freely; now it is permitted, but no one is capable of it any more. Now people want to think only what they are supposed to think, and this they consider freedom.

8.We are born into this time and must bravely follow the path to the destined end. There is no other way. Our duty is to hold on to the lost position, without hope, without rescue, like that Roman soldier whose bones were found in front of a door in Pompeii, who, during the eruption of Vesuvius, died at his post because they forgot to relieve him. That is greatness. That is what it means to be a thoroughbred. The honorable end is the one thing that can not be taken from a man.

9. When the ordinary thought of a highly cultivated people begins to regard 'having children' as a question of pro's and con's, the great turning point has come.

Robot dogs take a walk on the wired side
Where does the name Google come from?