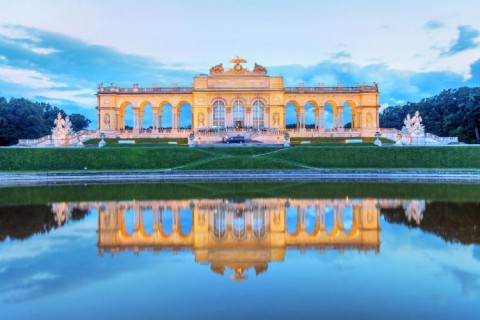 The Pearl in the Crown of the Habsburgs

There is one place in Vienna, which is a must-visit for anybody, who is spending time in the city. Home to Maria Theresa, Princes Sisi, Franz Joseph, and many more, the palace is a remarkable example of the beautiful harmony between Baroque and Rococo. Centuries-old, the summer residence of the Habsburgs is still one of the most magnetic views in the Austrian capital. Nowadays all of us can enter the imperial world and walk the footsteps of the legendary inhabitants of the palace.

The Habsburgs - From Vienna to Mexico

The House of Habsburg was one of the ruling dynasties in Europe from the 15ht till the 20th century. Their name comes from the castle of Habsburg, which was built in 1020 by Werner, bishop of Strasbourg, and his brother-in-law, Count Radbot in what is today Switzerland. In 1452 Friedrich III became the last emperor of the Holy Roman Empire crowned in Rome. In 1453 the Habsburgs adopted the unique title "Archduke of Austria" for the head of the house. In addition, Friedrich III was also the first one to bear one of the most prominent physical characteristics of the dynasty - the Habsburg Lip - a case of severe prognathism. Throughout the years, thanks to weddings, wars, inheritances, family divisions, political agreements, and so on, the Habsburgs ruled over a number of lands in Europe, including nowadays Austria and Slovenia (with their core dominion Vienna), Bohemia, Moravia, and Silesia - modern-day Czech Republic and Southern Poland and Hungary - including Slovakia, Romania, and northern parts of ex-Yugoslavia. Even Spain was under Habsburg rule from 1516 to 1700 and Maximilian I of Mexico headed the Second Mexican Empire from 1854 till his execution by the Republicans in 1967. The Habsburg Monarchy was formally unified from 1804 to 1867 as the Austrian Empire and from 1867 to 1918 as the Austro-Hungarian Empire. The reign ended following defeat in WWI.

From Hunting Lodge to Grand Palace

In 1569 Emperor Maximilian II purchased an estate called Katterburg. It was a large floodplain with a house, a mill, stables, orchard, and a pleasure garden. The main idea of the emperor was to use it as hunting grounds and to breed game. In addition, though, some exotic fowl like turkeys and peacocks were kept there as well. The legend claims, that in 1612, during a hunt, Emperor Mathias came across a beautiful spring, which later gave the estate the name we all know - Schonbrunn (Fair spring in German). In 1642 Empress Eleonora Gonzaga decided to use the place as a dowry after the death of her husband Ferdinand II. 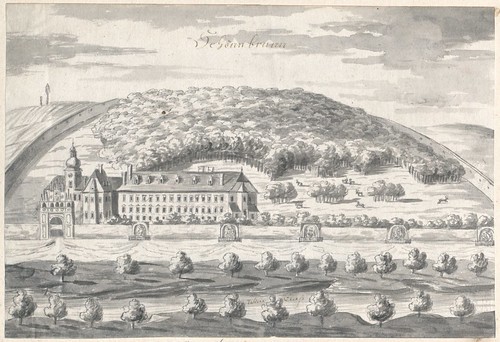 She built a chateau, to fit her social status, and gave it the new name. At the end of the 17th century, Emperor Leopold started building a new grand hunting lodge for his son Joseph. in the 1740s and 50s Maria Theresa, who was especially fond of the estate, rebuilt and extended the hunting lodge to a palatial summer residence. The one still standing till today.

The Schonbrunn palace has 1441 rooms. Out of them, 45 can be visited today. The interior is one of the greatest examples of Rococo. Many important things happened in the palace - Mozart made music in the mirrored hall of Schönbrunn Palace as a six-year-old prodigy. In the Round Chinese Cabinet, Maria Theresa held her secret conferences with State Chancellor Prince Kaunitz. Napoleon held conferences in the Vieux Lacque Room. And in the Blue Chinese Salon, Emperor Charles I signed his renunciation of government (end of the monarchy). [www.wien.info] Schönbrunn Palace park is open to visitors free of charge all year round. There one can see not only the beautiful collection of plants and examples of park architecture but also visit the magnificent Gloriette, designed to glorify Habsburg power and the nearby artificial Roman Ruins. Worth visiting, even though for a charge, are also the Imperial Carriage Museum, Crown Prince Garden, Orangery Garden, Maze & Labyrinth, Zoo, Palm House, and Desert Experience House.

SWS Scholarly Society organizes two conferences in Schonbrunn Palace and will be more than happy to welcome you here:

What is the bioeconomy and how could it help fight...
Envisioning safer cities with artificial intellige...