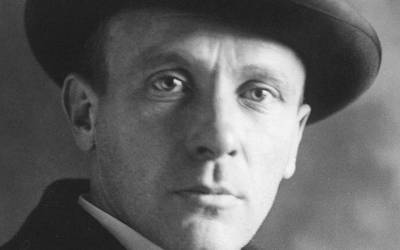 Excerpts from The Master and Margarita (1967 )

1. "But would you kindly ponder this question: What would your good do if
evil didn't exist, and what would the earth look like if all the shadows
disappeared? After all, shadows are cast by things and people. Here is the
shadow of my sword. But shadows also come from trees and living beings.
Do you want to strip the earth of all trees and living things just because
of your fantasy of enjoying naked light? You're stupid."

2. "Yes, man is mortal, but that would be only half the trouble. The worst of it is that he's sometimes unexpectedly mortal—there's the trick!"

3. "Is that vodka?" Margarita asked weakly.
The cat jumped up in his seat with indignation.
"I beg pardon, my queen," he rasped, "Would I ever allow myself to offer vodka to a lady? This is pure alcohol!"

4. "The tongue can conceal the truth, but the eyes never! You're asked an unexpected question, you don't even flinch, it takes just a second to get yourself under control, you know just what you have to say to hide the truth, and you speak very convincingly, and nothing in your face twitches to give you away. But the truth, alas, has been disturbed by the question, and it rises up from the depths of your soul to flicker in your eyes and all is lost."

5. "– But here is a question that is troubling me: if there is no God, then, one may ask, who governs human life and, in general, the whole order of things on earth?
– Man governs it himself, – Homeless angrily hastened to reply to this admittedly none-too-clear question.
– Pardon me, – the stranger responded gently, – but in order to govern, one needs, after all, to have a precise plan for a certain, at least somewhat decent, length of time. Allow me to ask you, then, how can man govern, if he is not only deprived of the opportunity of making a plan for at least some ridiculously short period, well, say, a thousand years , but cannot even vouch for his own tomorrow? And in fact, – here the stranger turned to Berlioz, – imagine that you, for instance, start governing, giving orders to others and yourself, generally, so to speak, acquire a taste for it, and suddenly you get ...hem ... hem ... lung cancer ... – here the foreigner smiled sweetly, and if the thought of lung cancer gave him pleasure — yes, cancer — narrowing his eyes like a cat, he repeated the sonorous word —and so your governing is over! You are no longer interested in anyone's fate but your own. Your family starts lying to you. Feeling that something is wrong, you rush to learned doctors, then to quacks, and sometimes to fortune-tellers as well. Like the first, so the second and third are completely senseless, as you understand. And it all ends tragically: a man who still recently thought he was governing something, suddenly winds up lying motionless in a wooden box, and the people around him, seeing that the man lying there is no longer good for anything, burn him in an oven. And sometimes it's worse still: the man has just decided to go to Kislovodsk – here the foreigner squinted at Berlioz – a trifling matter, it seems, but even this he cannot accomplish, because suddenly, no one knows why, he slips and falls under a tram-car! Are you going to say it was he who governed himself that way? Would it not be more correct to think that he was governed by someone else entirely?"

The Hidden Troves of Etymology
Listening to the reason of voice