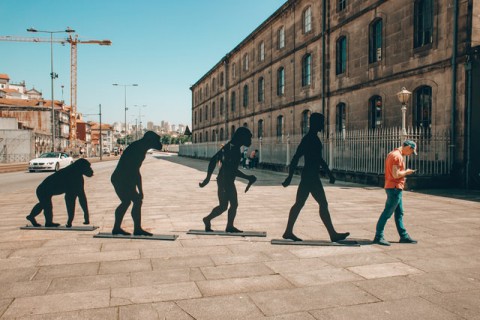 What do you imagine when you hear the word evolution? Formost people it immediately conjure up the picture of the biological tree of the development of species or maybe nowadays, the advancement of technology. Well, that's natural. It is the quintessence of the theory of scientists like Charles Darwin and Ernst Haeckel. But there is much more about it. In fact, the theory of evolution was so revolutionary and crucial for the Western (and not only) thought that is comparable with the introduction of the mathematical method of Galileo or the Copernican Revolution. In the 19th century, it literally burst the mind of intellectuals in an explosion. Of course, if we go a bit further into the past, we could see the roots of Theory of Evolution in the works of Georg Wilhelm Hegel or Deni Diderot but it hadn't gone beyond the realms of metaphysics.

Theory of Evolution made it possible to think of new and provocative ideas like, what is now, the banalest one – that humans come from apes (which was a groundbreaking revelation for the time). On the other hand, Haeckel speculated in his Recapitulation Theory that the personal development of an individual (ontogenesis) recapitulates the evolution of the species (phylogenesis) – another fascinating idea. Later on, evolution entered into the theory of language with the works of Ferdinand de Saussure - the evolution of languages; the ideas of Sigmund Freud for the development of an individual as a psychological being, and many more. Building upon the ideas of the latter, Frantz Fanon conceived the concept of Sociogeny, i.e., the way that social constructs affect the individuals that live in a given society and vice versa. The ideas kindled by the theory of Evolution are innumerable.

If we elaborate upon just the above mentioned, we could speculate that each individual in his/her cognitive development resembles the progress of cultures: infancy – ancient Greece and Rome, adolescence – Medieval Times, adulthood – Enlightenment, old age – contemporary world. Or why not that, the progress of artificial intelligence will somehow recapitulate these or some others periods from human history. We could apply the notion of Evolution to every idea that comes across our minds. You can try it by yourself. It is one of the most significant mental tools that we achieved as a kind.

Make a good use out of it!

On this date, 183 years ago...
Astronomers confront a massive black hole at the h...