Gender equality in research and innovation 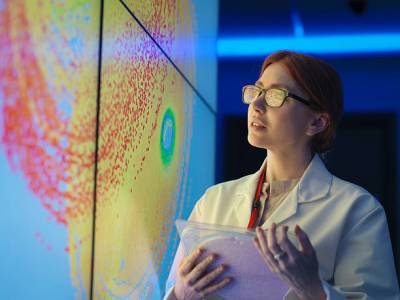 Women still face inequality in the research arena despite decades spent in efforts to improve their circumstances.

Several decades ago, women scientists and engineers were a novelty – an exception. In 2022 the science and tech industries are still asking the same question: where are the women? There are many challenges to advancing a career in science or driving technological breakthroughs – for both men and women. But for many women, it is a real obstacle course.

This month, we hear from gender and science policymakers and researchers in Europe about the important achievements leading towards progress on gender equality. From leaky pipelines and sticky floors to broken ladders and glass ceilings – these are just some of the hurdles women scientists face when it comes to their career progression. Entrenched gender stereotypes and gender bias are a big part of the problem, according to experts on EU policies on gender in research.

Despite the EU's longstanding commitment to gender equality in Research and Innovation, inequalities persist, and large gender gaps can still be found in so-called STEM fields (science, technology, engineering and mathematics).

The introduction in Horizon Europe of Gender Equality Plans (GEPs) as an eligibility criterion and the mandatory integration of the gender dimension into research and innovation content was highlighted recently by Mariya Gabriel, the European Commissioner for Innovation, Research, Culture, Education and Youth. The GEPs involve conducting impact assessments and audits of processes and procedures to identify gender bias, and identifying and implementing strategies to overcome this bias, as well as setting targets and monitoring progress.

In a message to mark the International Day of Women and Girls in Science (11 February), Commissioner Gabriel said: 'Horizon Europe, our €95.5 billion research and innovation programme, now has new eligibility criteria. To receive EU funding, public bodies, research organisations, and higher education institutions must have a Gender Equality Plan in place.'

The 2021 She Figures report provides a glimpse into the journey undertaken by women researchers during their higher education studies and their careers. There is some good news, with almost gender parity at PhD graduate level, plus a slight increase in the proportion of women holding the highest academic positions (26.2%) compared to the previous edition (24.1%) three years ago.

However, women still face inequality in the research arena despite decades spent in efforts to improve their circumstances. For instance, they remain under-represented at the highest level of academia and in decision-making positions, and lag behind their male colleagues in terms of R&I output (such as publications, citations, patents and industry collaborations). Through its funding programmes, the EU is working to address gender inequality and foster inclusiveness to ensure equal opportunities for everyone.

In this Monthly Focus, and in view of International Women's Day (8 March), we investigate the gender gap in science. We speak to researchers about the gender stereotypes that exist in the educational and research and innovation ecosystem. And we also reach out to women who have managed to shatter the proverbial glass ceiling against the odds.

10 Thought that will challenge your convictions: T...
The Secret Troves of Etymology: Symbol