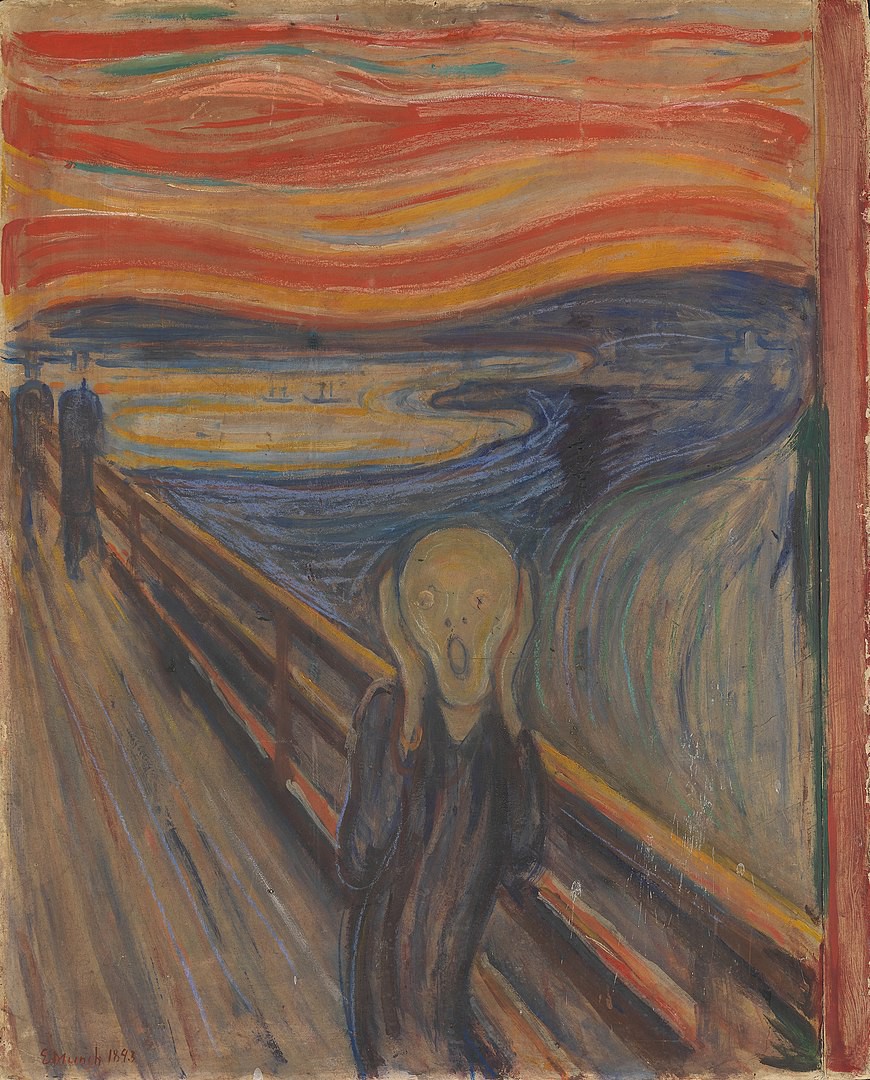 The emblematic painting from 1893, which pictures a wavelike figure on a bridge represented in emotional distress and panic, was thieved in only 50 seconds during a break-in on February 12, the opening day of the 1994 Winter Olympics in Lillehammer. The police said that two thieves entered through a window of the National Gallery, cut a wire holding the painting to the wall, and left a note reading "A thousand thanks for the bad security!"

After a few days, a Norwegian anti-abortion group claimed that it would return the painting if the national television shows an anti-abortion movie. It turned out to be bluff. There was another ransom demand for $1 million but the government refused to pay it due to a lack of evidence that it was genuine.

Eventually, four pieces of the painting's frame were found by the police in Nittedal, a suburb north of Oslo. The thieves left a cryptic message, which said they wanted to discuss a ransom. Finally, in January 1996, four men were arrested and sentenced in connection with the theft. They included Paal Enger, who had been convicted in 1988 of stealing Munch's "The Vampire" in Oslo. Enger was sentenced this time to six-and-a-half years in prison. He escaped while on a field trip in 1999 and was captured 12 days later in a blond wig and dark sunglasses trying to buy a train ticket to Copenhagen.