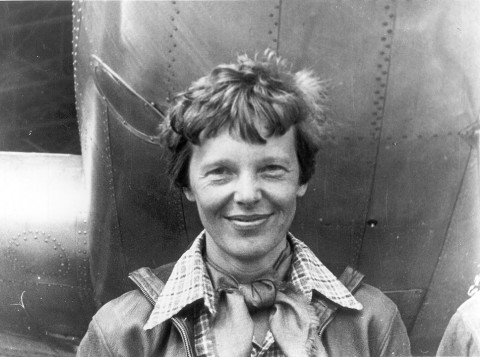 The first person to fly solo from Hawaii to California

On this day, in 1935, one of the world's most celebrated aviators - Amelia Earhart - made the first successful solo flight from Hawaii to California. The distance is approximately 2,408 miles (3,875 km) long, which is longer than that from the United States to Europe.

Amelia Mary Earhart was an American aviator, arguably the world's most celebrated. She was the first woman to fly solo across the Atlantic Ocean, and the first person to fly solo from Hawaii to California and from Los Angeles to Mexico City. She and her navigator disappeared during their fly around the world in 1937. That caused a great deal of speculation and mystery and captivated the imagination of people all around the globe.

1937 – She takes on a flight around the world with Fred Noonan as her navigator, in a twin-engine Lockheed Electra. They planned to go through a 29,000-mile (47,000-km) journey. It was around their 22,000-mile (37,000-km), a trip headed to Howland Island when they were last heard on the radio. Earhart reported that they were getting out of fuel and the last thing they said was: "We are running north and south." Unfortunately, they never reached their destination and were never found. This event made them popular figures of fiction and prompted a lot of speculations, theories, and later on, many books and films.