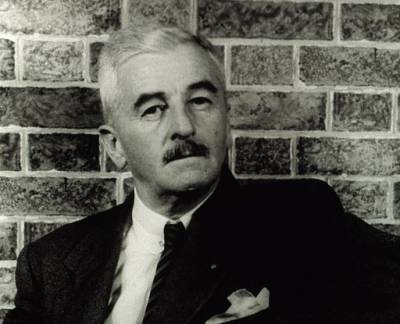 Credit: Faulkner in 1954, photographed by Carl Van Vechten; via Wikipedia

3. "The human heart has hidden treasures, In secret kept, in silence sealed; The thoughts, the hopes, the dreams, the pleasures, Whose charms were broken if revealed."

4. "The only thing worth writing about is the human heart in conflict with itself."

5. "The poet's voice need not merely be the record of man, it can be one of the props, the pillars to help him endure and prevail."