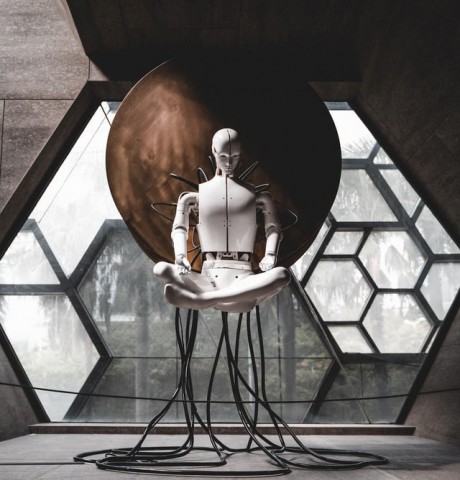 Where does the word robot come from?

If you type the word robot in any search engine today, it appears to be one of the most popular and used terms in the world. Of course, this is not very surprising. Every day, we hear about some new development, technological device, or application, which is called a robot. The word is closely related to another viral word – Artificial Intelligence – which caused it to be even more popular. It became common to think about the future as vastly inhabited by robots who (it depends on the person's mental inclinations) are either greatly beneficial for humankind or enormously threatening for us. Well, most probably, we should regard it both ways. However, the situation is such, that even 4 years old children know, more or less, what a robot is. But from what source we have adopted that word, what does it actually mean, and what are its implications? If you haven't asked yourself, so far, now is the time to consider doing it. Here you can read a short etymology of the word and ponder over it. Enjoy! 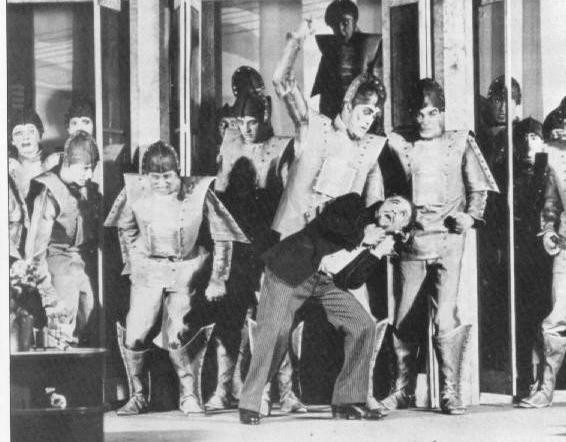 The robots revolt in “R.U.R.” Image via Wikimedia Commons

For most people, the word robot conjures an image of a mechanical being clad in metal, adorned with all sorts of blinking lights and buttons, and even a funny-sounding voice. Indeed, such robots have become stock characters in science fictions stories, novels, films, and television shows.

More recently, robot and the terms derived from it as robotics, have come to represent the most cutting-edge engineering technologies for a myriad of functions ranging from artificial intelligence experiments and building automobiles to performing delicate surgical procedures and many more.

As a word, robot is a relative newcomer to the English language. It was the brainchild of a brilliant Czech playwright, novelist, and journalist named Karel Čapek (1880-1938) who introduced it in his 1920 hit play, R.U.R., or Rossum's Universal Robots.

It means a "mechanical person," also "person whose work or activities are entirely mechanical," from the English translation of the 1920 play "R.U.R." ("Rossum's Universal Robots") by Karel Capek (1890-1938), from Czech robotnik "forced worker," from robota "forced labor, compulsory service, drudgery," from robotiti "to work, drudge," from an Old Czech source akin to Old Church Slavonic rabota "servitude," from rabu "slave" (from Old Slavic *orbu-, from PIE *orbh- "pass from one status to another;").

The Slavic word thus is a cousin to German Arbeit "work" (Old High German arabeit). The play was enthusiastically received in New York from its Theatre Guild performance debut on Oct. 9, 1922. According to Rawson the word was popularized by Karel Capek's play, "but was coined by his brother Josef (the two often collaborated), who used it initially in a short story." Hence, "a human-like machine designed to carry out tasks like a human agent."

"Young Rossum invented a worker with the minimum amount of requirements. He had to simplify him. He rejected everything that did not contribute directly to the progress of work—everything that makes man more expensive. In fact, he rejected man and made the Robot. My dear Miss Glory, the Robots are not people. Mechanically they are more perfect than we are, they have an enormously developed intelligence, but they have no soul." ["R.U.R."]

We eat and inhale thousands of bits of plastic eve...
On this date, 87 years ago...