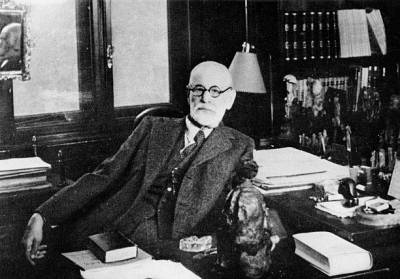 Credit: Portrait of Austrian psychologist Sigmund Freud (1856 - 1939) as he sits behind his desk in his study, Vienna, Austria, 1930s. The office is filled with figurines and statuettes of various origins. (Photo by Authenticated News/Getty Images)

Vienna the city of Psychoanalysis

Vienna has been the center of many cultural, scientific, and artistic movements. It is a city with a large historical heritage. One of the greatest inventions of them all was Psychoanalysis. In 1899, Sigmund Freud published his epochal book – The interpretations of dreams. That was the foundation of the greatest revolution in Psychology and one of the greatest in human history. It changed the way we understand and perceive human beings, our minds, and the world in general. Psychoanalysis gradually permeated all spheres of Art, Humanities, and Social Sciences. It presents us with an entirely new paradigm in which we have acknowledged the pivotal role played by the unconscious dynamics of our psyche. That knowledge helped us grasp some intricate and complex psychological events that were previously inexplicable and once again proved the unfathomable depths of human consciousness.