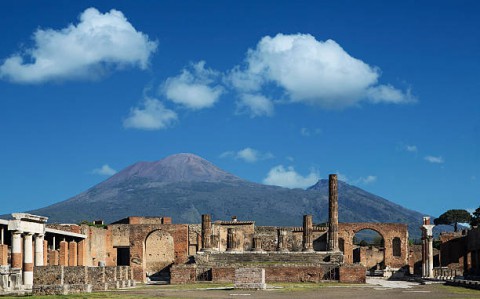 The eruption of Mount Vesuvius

On the 24th of August 79CE, the most famous volcanic eruption occurred. Mount Vesuvius in Italy ejected a cloud of stones, ashes, and volcanic gases to a height of 33 km (21 mi), erupting molten rock and pulverized pumice at the rate of 6×105 cubic meters per second. That event resulted in the destruction of the Roman cities of Pompeii, Herculaneum, Oplontis, and Stabiae, and many smaller settlements. The number of people that have died is unknown though it is believed that there are around 1000 victims. The only written account made by an eyewitness of that event that has survived are two letters from Pliny the Younger to the historian Tacitus.