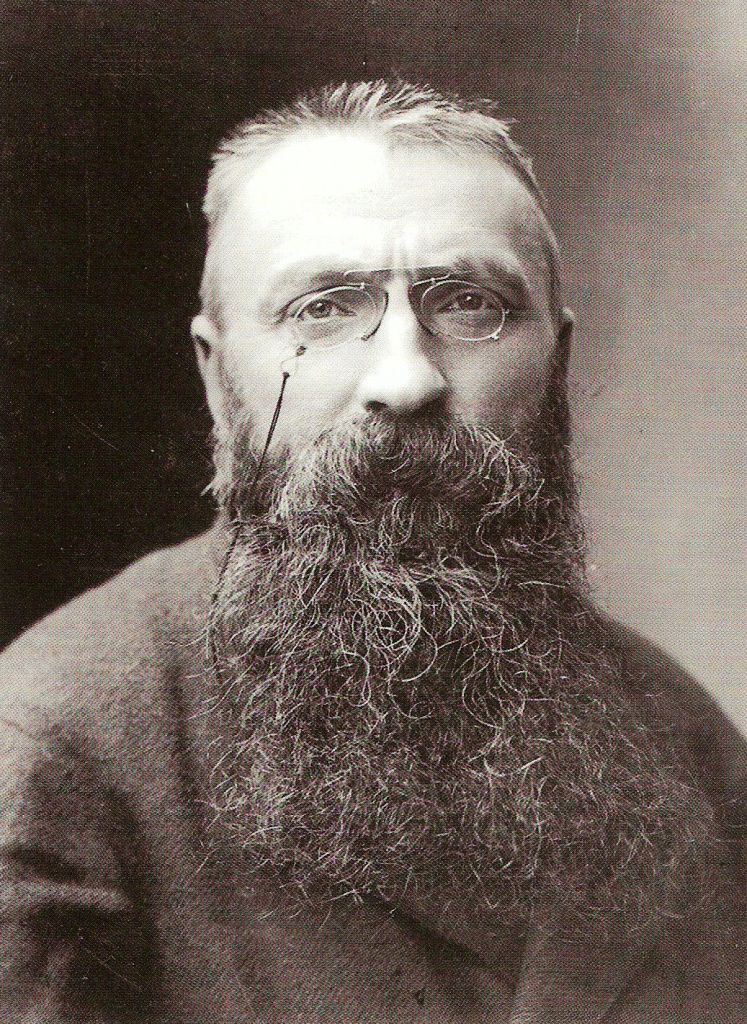 Photo credit: A photograph of Rodin in 1891 by famous pioner photographer Nadar; Wikipedia

From his first famous sculpture Man with the Broken Nose until his most ambitious project The Gates of Hell, Rodin kept experimenting with both new techniques and the limits of sculptural vocabulary. Despite all his critics, he never abandoned his search for intense material expressiveness, underlining the individual implications of the body represented, of the innate meanings unlocked by the outer appearances of the body and the qualities of flesh. Rodin emphasized the deformation, the way strong emotions twist and strain the bodily forms. He demonstrated that inner feeling could be conveyed without the help of allegorical symbols and inter-visual elements. His naturalism reached its own boundaries thus transforming the sculpture into a work of art able to represent the ineffable symbolism of the natural world, psychological phenomena, and the process of artistry.

In the marble group called The Kiss, Rodin is developing the theme of Art as the transformation of the materials. Partly inspired by Michelangelo's The Rebellious Slave and The Awakening Slave, this statue exposes the resistance of the material in the process of delivering a form out of it. Another piece made by the great Renaissance sculptor influenced Rodin's The Age of Bronze. The most known sculpture of his – The Thinker – obtained the level of archetypal character. It articulates the inner feeling in a way that there is no need for additional explanations or historical attribution. As Rodin said about it: "What makes my Thinker think is that he thinks not only with his brain, with his knitted brow, his distended nostrils, and compressed lips, but with every muscle of his arms, back, and legs, with his clenched fist and gripping toes."

What most probably all of you have seen as The Thinker is one of the many reproductions of it made by Rodin himself. He was producing dozens of different sized and made out of different materials, fragments of his opus magnum – The Gates of Hell. In fact, both The Thinker and The Kiss could be found in the monumental portal - The Gates. This remarkable piece of art was commissioned by the Directorate of Fine Arts in 1880 and was meant to be delivered in 1885, though Rodin worked on it until the end of his life. Its dimensions, complexity, and imaginativeness are mesmerizing. It stands at 6 meters high, 4 meters wide, and 1 meter deep and contains 180 figures, which are intertwined in a magnetic dance. The Gates should represent Dante Alighieri's Inferno and the dramatic dynamics of psychological suffering, deep emotional states, and the twisted, deformed, incomplete flesh. However, there are many debates around that rendering as is it The Thinker (also name The Poet) Dante himself, or just an anonymous archetypal observer of the comedy of human existence. Rodin famously avoided giving explanations about his sculptures, by which he supported his belief that a sculpture could deliver its inner meaning if its character is true to nature and crafted in a way intense enough to generate its idea into the mind of those who watch it.

No matter all the controversy of his art, Rodin is acknowledged as one of the most ingenious sculptures ever, shoulder to shoulder by such giants as Michelangelo, and Lorenzo Ghiberti. He is considered an inextricable part of the progress of modern sculpture as seen from today's perspective.

Below you can enjoy a gallery with the sculptures mentioned in the text: 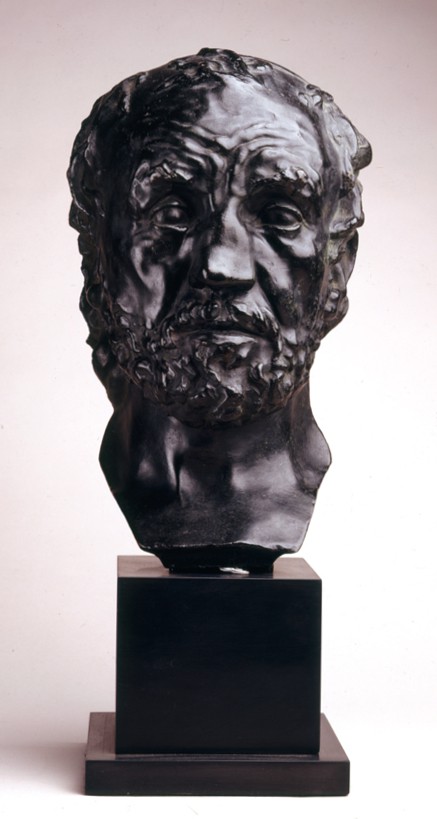 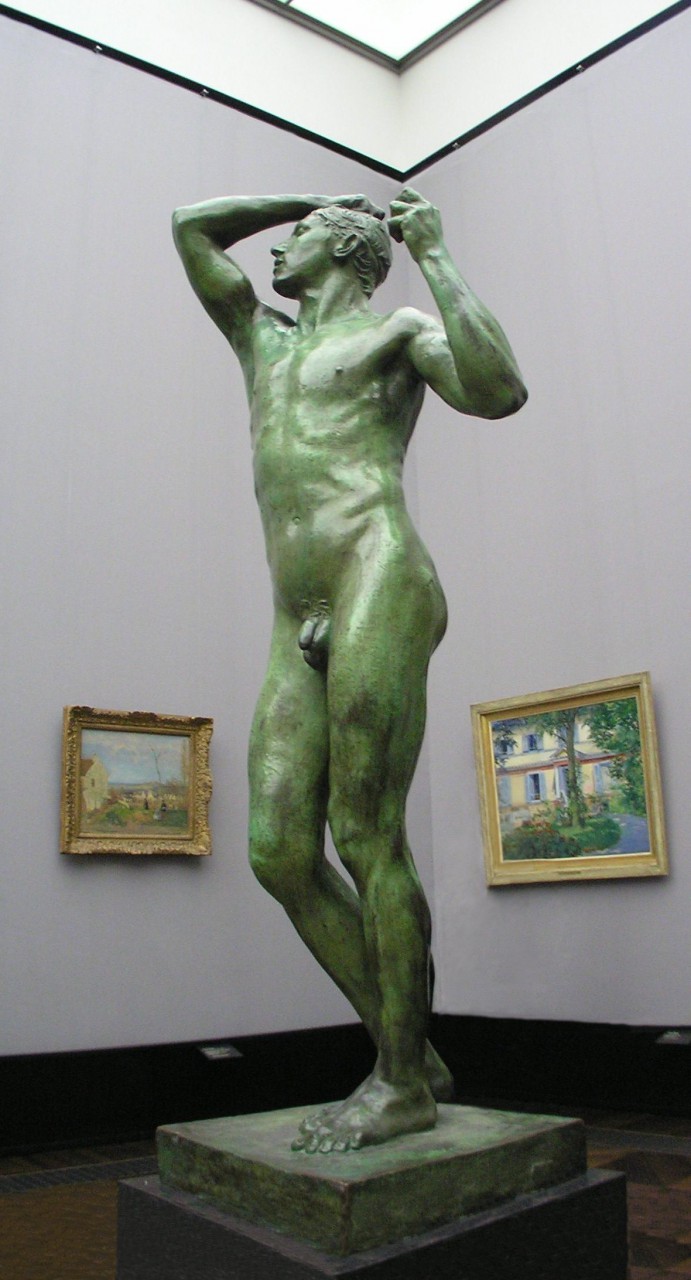 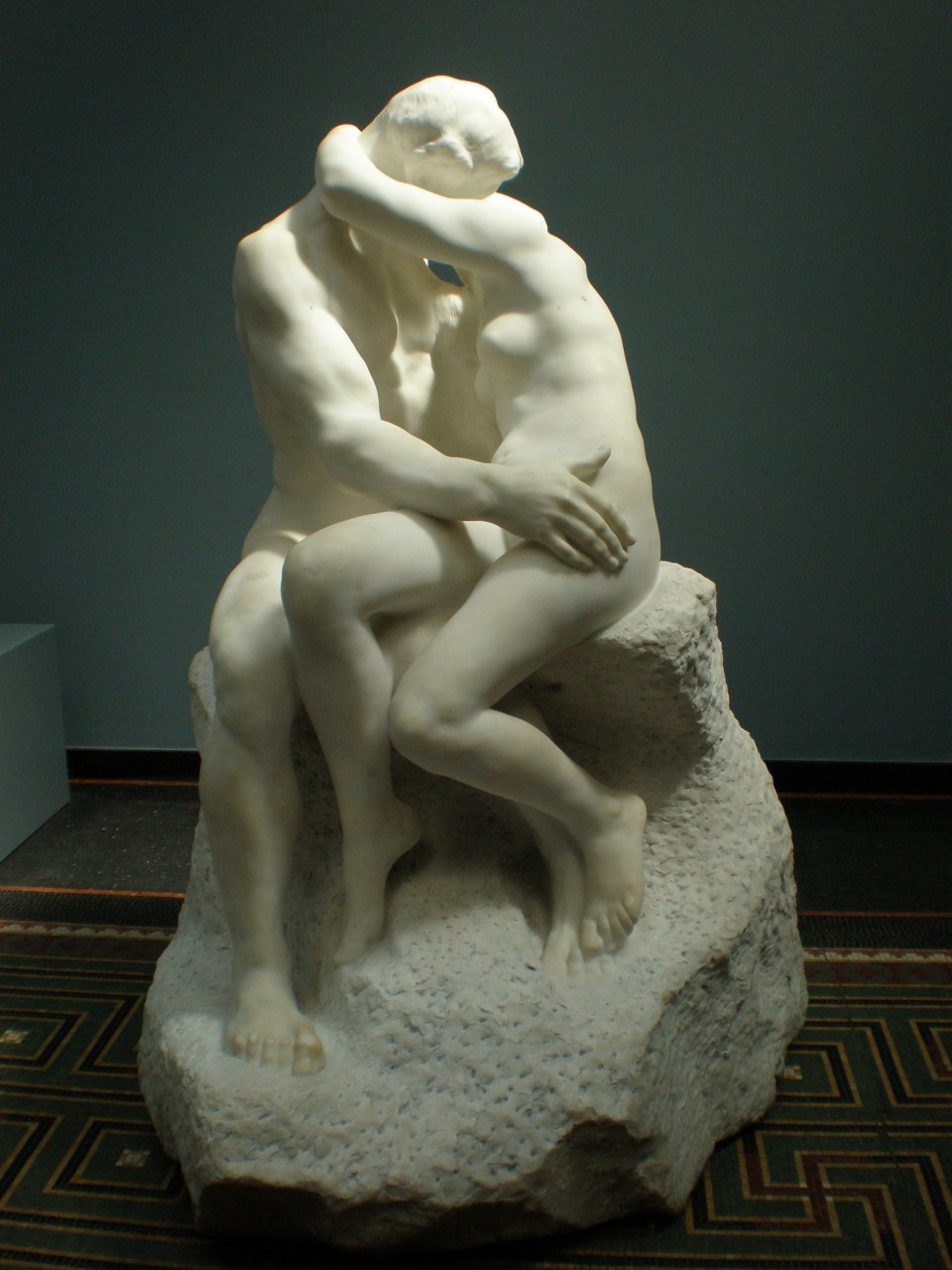 Photo credit: The Kiss (1882) in marble at the Ny Carlsberg Glyptotek in Copenhagen; under CC BY-SA 3.0 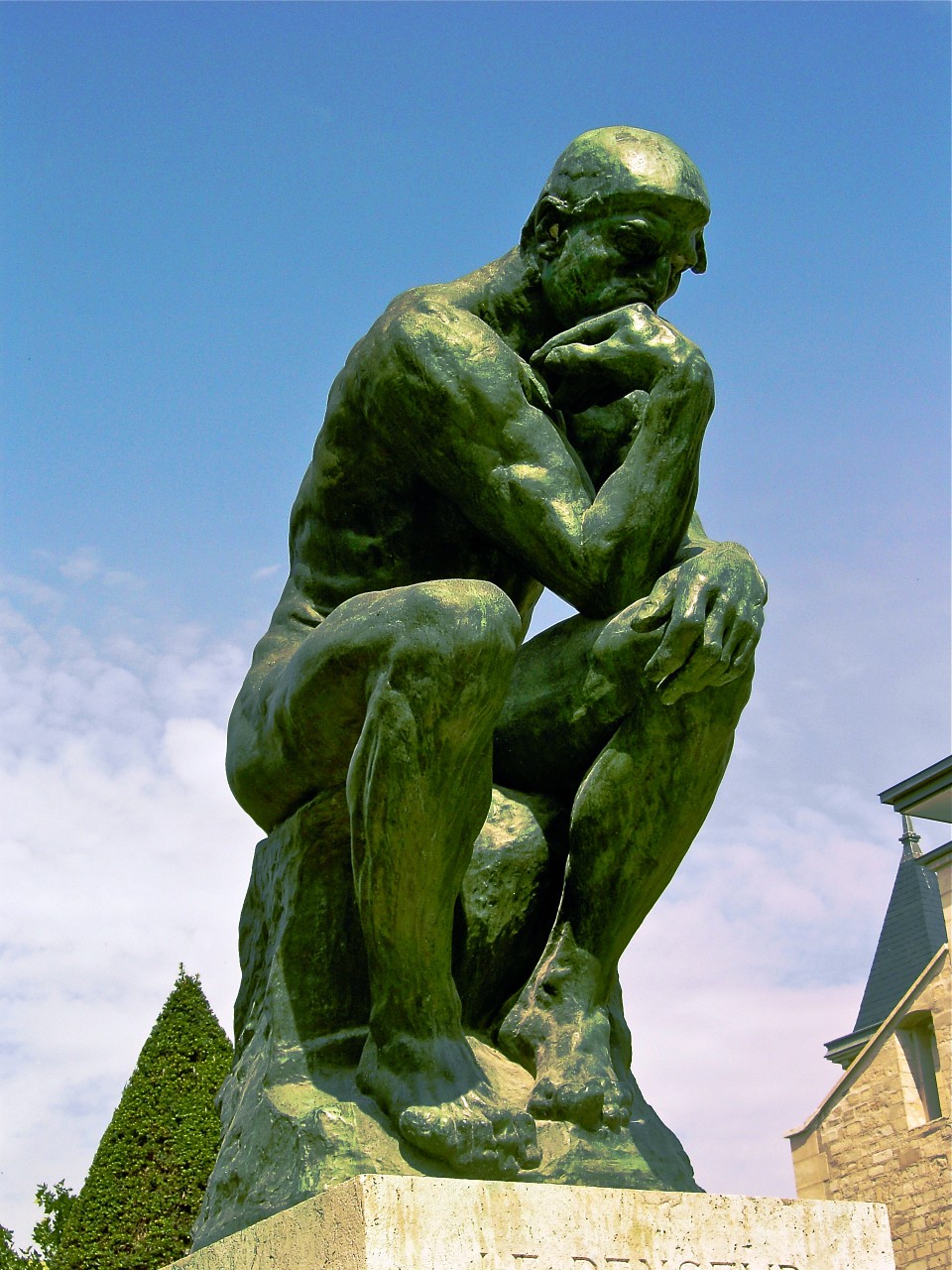 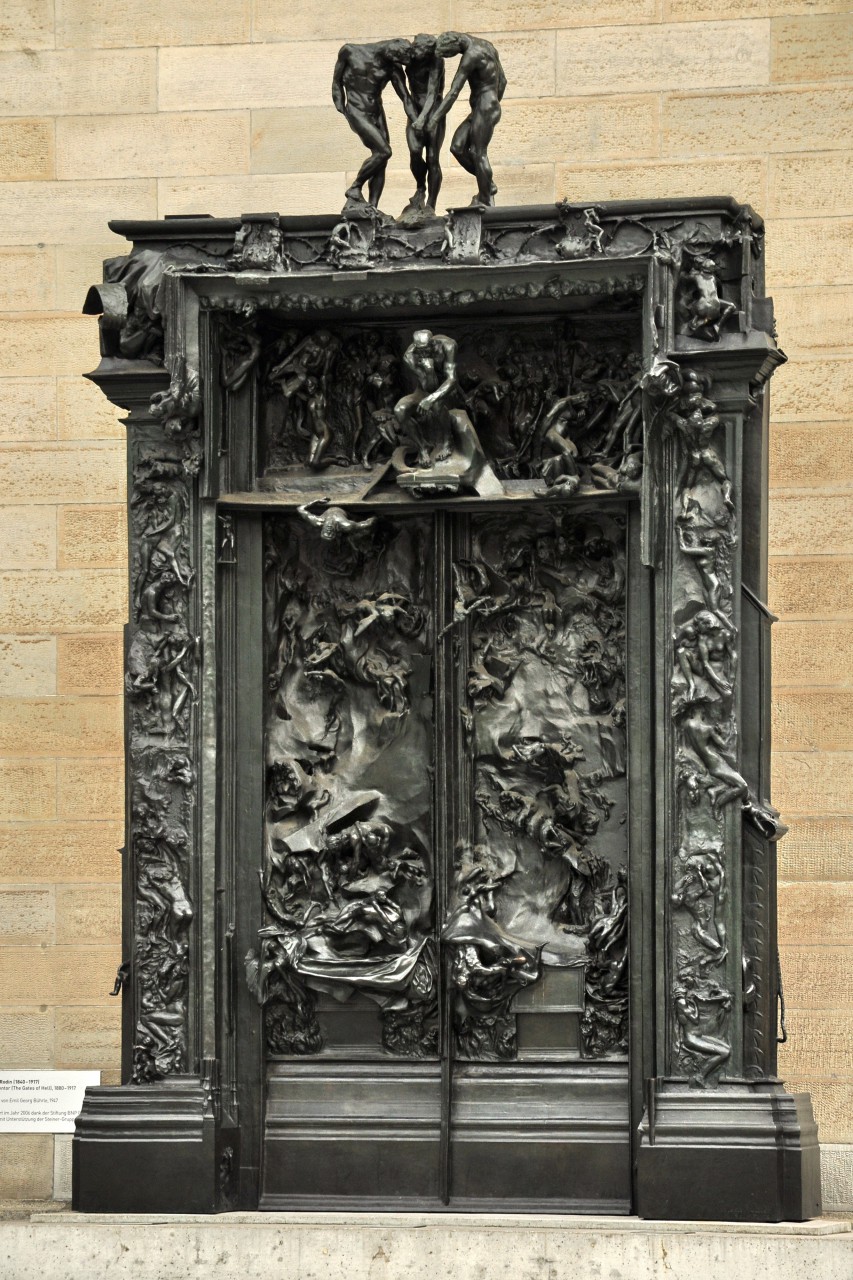 Photo credit: The Gates of Hell (1880 – 1917; unfinished), sculpture by Rodin, where the concept for the Thinker sculpture originated; Wikipedia under CC BY-SA 3.0
Tweet
pinterest
×
Stay Informed

Launch of “How We Thrive,” a collaborative message...
Scientists image magnetic fields at the edge of M8...