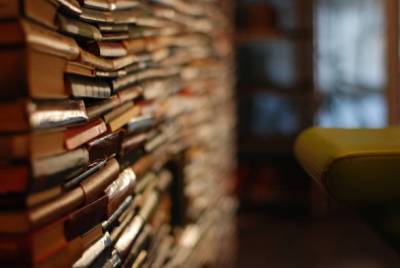 The alchemy of lexis

Could you imagine today's world without the word culture? What will you use instead of it? Civilization, habits, folklore, society, or way of life? Well, all of them are representing just a single connotation, an aspect of the above-mentioned word and its meaning. The thing is that each word has its specific perspective towards the world, and rarely, let's not say never, can be fully replaced. That statement is even more accurate when we consider such a widespread and convenient notion as culture. Following that idea, we could picture why broadening our vocabulary is so important.

Each word is a new perspective, a new viewpoint, and enriches both our imagination and perception. Because, we could even speculate that we wouldn't have been able to grasp subtle distinctions in color, sound, or taste, for example, if we hadn't coined the terms for them. In other words, someone somewhere sensed the slight distinctions but if it wasn't him/her to put it in words, it could be easily forgotten by the rest of humanity. That's why we should pay special attention to our vocabulary and expand it on every single occasion that we have. Language is a real-time experiment with our culture and perception, and we are the alchemist conducting it in our minds.

The Etymology of the word Culture

In mid-15c., "the tilling of land, act of preparing the earth for crops," from Latin cultura "a cultivating, agriculture," figuratively "care, culture, an honoring," from past participle stem of colere "to tend, guard; to till, cultivate". Meaning "the cultivation or rearing of a crop, act of promoting growth in plants" (1620s) was transferred to fish, oysters, etc., by 1796, then to "production of bacteria or other microorganisms in a suitable environment" (1880), then "product of such a culture" (1884).

The figurative sense of "cultivation through education, systematic improvement and refinement of the mind" is attested by c. 1500; Century Dictionary writes that it was, "Not common before the nineteenth century, except with strong consciousness of the metaphor involved, though used in Latin by Cicero." Meaning "learning and taste, the intellectual side of civilization" is by 1805; the closely related sense of "collective customs and achievements of a people, a particular form of collective intellectual development" is by 1867.

For without culture or holiness, which are always the gift of a very few, a man may renounce wealth or any other external thing, but he cannot renounce hatred, envy, jealousy, revenge. Culture is the sanctity of the intellect. [William Butler Yeats, journal, 7 March, 1909]

Slang culture vulture "one voracious for culture" is from 1947. Culture shock "disorientation experienced when a person moves to a different cultural environment or an unfamiliar way of life" is attested by 1940. Ironic or contemptuous spelling kulchur is attested from 1940 (Pound), and compare kultur.