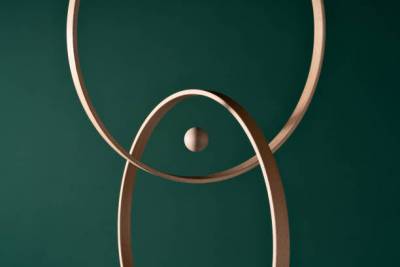 What does paradigm mean?

Nowadays, we use the word paradigm with a very specialized meaning – to denote a given school of thought, way of thinking, or tendency. A bit more formal definition could be - "Logical or conceptual structure or pattern, which serves as a form, example of thought within a given sphere of experience or scientific field." Once again, we could see how a word could develop quite subtle and distinct connotations. But where does paradigm come from and how come it was given such a specified meaning?

Etymology of the word paradigm
Paradigm (noun) in the late 15 century already had the meaning of "an example, a model," from Late Latin paradigma "pattern, example," especially in grammar. The Latin word derived from Greek paradeigma "pattern, model; precedent, example," from paradeiknynai "exhibit, represent," which literally means "show side by side," from para- "beside" + deiknynai "to show" (cognate with Latin dicere "to show;" from PIE root *deik- "to show," also "pronounce solemnly").
Thomas S. Kuhn's definition of paradigm

In the early 60s, While investigating the mechanisms of scientific revolutions and as today we could say the change of one paradigm with another, Thomas S. Kuhn coined a more specific and philosophical meaning of the word paradigm. Paradigm according to Kuhn is a global organizing model or theory with great explanatory power. It is not just a theory but rather a perspective shift, a novel organizing matrix, which brings about new theories, usually in a broader sense than only within a specific field of science. There are two phases of development in a given science – mature and immature. While the first is when one discipline is already established - paradigmatic, the second is still in its natural history phase of competing schools – pre-paradigmatic. There is another distinction that he makes. There are two types of science – normal and revolutionary. The first is the tradition, with which the scientists are already working, while the latter is the new paradigm that is coming to resolve the unanswered questions of the first, the one that gives a whole new direction to both metaphysical speculations and experimental data.

Another interesting aspect of his theory is that revolutionary shifts of paradigms don't come in a rational deliberate way but a rather intuitive irrational manner. As Kuhn writes: "Paradigms are not corrigible by normal science at all... normal science ultimately leads only to the recognition of anomalies and to crises. And these are terminated, not by deliberations and interpretation, but by a relatively sudden and unstructured event like the gestalt switch. Scientists then often speak of the "scales falling from the eyes" or of the "lightning flash" that " inundates" a previously obscure puzzle. On other occasions, the relevant illumination comes in sleep. No ordinary sense of the term "interpretation" fits these flashes of intuition through which a new paradigm is borne." (Structure of Scientific Revolutions, pages 122-123).

That's how the scientific endeavors of a single person changed the way we see the periodical shift in science, art, and culture as more general. He also established a new and quite useful mental tool to use for the description and perception of such cultural phenomena.

Never stop asking questions and stay curious.! Language is the door to our consciousness!