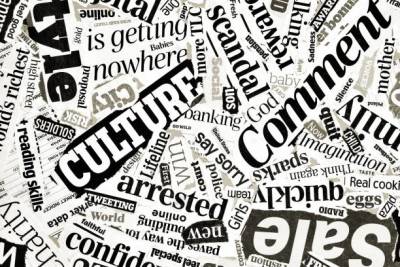 The elucidating journey of etymology

To follow the path of a word through the ages can be quite an adventure. It usually reveals the unexpected beauty of the language we daily use. It is even more exciting when we research some common words that we all know and use in various situations. Consider the word spirit. It has the meaning of a ghost, or a more religious one as the holy spirit but we could also use it when referring to an alcoholic drink. Well, it all has its roots in the exchange of meanings and words between different languages and the historical evolution of connotations.

Below you can enjoy the story of one really popular word – spirit.

Etymology of the word Spirit

Meaning "supernatural immaterial creature; angel, demon; an apparition, invisible corporeal being of an airy nature" is attested from mid-14c.; from late 14c. as "a ghost" (see ghost (n.)). From c. 1500 as "a nature, character"; sense of "essential principle of something" (in a non-theological context, as in Spirit of St. Louis) is attested from 1680s, common after 1800; Spirit of '76 in reference to the qualities that sparked and sustained the American Revolution is attested by 1797 in William Cobbett's "Porcupine's Gazette and Daily Advertiser."

From late 14c. in alchemy as "volatile substance; distillate;" from c. 1500 as "substance capable of uniting the fixed and the volatile elements of the philosopher's stone." Hence spirits "volatile substance;" sense narrowed to "strong alcoholic liquor" by 1670s. This also is the sense in spirit level (1768). Also from mid-14c. as "character, disposition; way of thinking and feeling, state of mind; source of a human desire;" in Middle English freedom of spirit meant "freedom of choice." From late 14c. as "divine substance, divine mind, God;" also "Christ" or His divine nature; "the Holy Ghost; divine power;" also, "extension of divine power to man; inspiration, a charismatic state; charismatic power, especially of prophecy." Also "essential nature, essential quality." From 1580s in metaphoric sense "animation, vitality."

According to Barnhart and OED, originally in English mainly from passages in Vulgate, where the Latin word translates Greek pneuma and Hebrew ruah. Distinction between "soul" and "spirit" (as "seat of emotions") became current in Christian terminology (such as Greek psykhe vs. pneuma, Latin anima vs. spiritus) but "is without significance for earlier periods" [Buck]. Latin spiritus, usually in classical Latin "breath," replaces animus in the sense "spirit" in the imperial period and appears in Christian writings as the usual equivalent of Greek pneuma. Spirit-rapping is from 1852.

Ancient world's multicultural secrets revealed by ...
Conversations with an AI