The Secret Troves of Etymology: Symbol 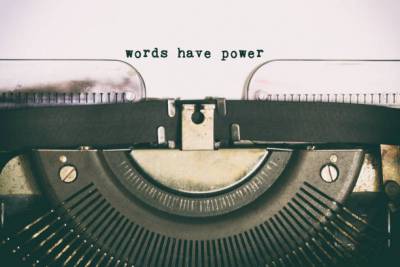 What does symbol mean?

We use a lot of words daily, we know what they mean in a particular case, however, once we go deeper into their meaning, we begin to lose ground under our feet. Here comes the help from Etymology. Some of the most abstract words we use today derive from natural or everyday life objects. For example, the word matter comes from the Latinmateria, which among other things, means "hard inner wood of a tree." Another one is the word electricitythat comes from the Greek ēlektron, which means "amber", or the word energy, which originates from the ancient Greek enérgon -"being active, into activity, working". The world of words is full of surprises, and the best aspect of that is that each one reveals an entirely new perspective towards what is known. Today, we will search for the elucidating history behind another one of these words –symbol.

Etymology of the word symbol

Symbol derives from the Ancient Greek symbolon, which meant "token, watchword, sign by which one infers; ticket, a permit, licence", literally "that which is thrown or cast together," from assimilated form of syn- "together" (see syn-) + bole "a throwing, a casting, the stroke of a missile, bolt, beam." It was also a wooden or ceramic figure split into two parts, which fit perfectly when brought back together. It was used as a token to determine if something is genuine. Later, around 15 c., the word evolved with the meanings "creed, summary, religious belief" from Late Latin symbolum "creed, token, mark".

The word symbol gradually permeated almost every aspect of our life. We are talking about the symbols of love, friendship, trauma, dreams, brands, tendencies, technology, science, religion, knowledge, etc. Symbols are some of the most powerful poetic devices known, they are also visual or why not, audio representations of both objects and ideas, or a mode of interpretation of a given text or event. The concepts around the word symbol became the foundation point for some of the most influential artistic movements worldwide. It also became an indispensable part of psychology and psychoanalysis. Here are some of the most common usages:

1. something that represents or stands for something else, usually by convention or association, esp a material object used to represent something abstract

2. Something that is a symbol of a society or an aspect of life seems to represent it because it is very typical of it.

3. an object, person, idea, etc, used in a literary work, film, etc, to stand for or suggest something else with which it is associated either explicitly or in some more subtle way

5. in psychoanalysis - the end product, in the form of an object or act, of a conflict in the unconscious between repression processes and the actions and thoughts being repressed

6. in psychology - any mental process that represents some feature of external reality

Gender equality in research and innovation
How to conduct a great workshop?