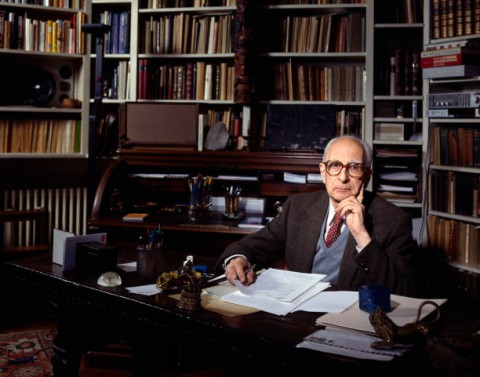 One of the most influential voices of the 20th century – Claude Levi-Strauss – has made his path through the unordered world of ancient cultures and myths to become the founder of Structuralism. Although he hadn't had formal education in Anthropology, he managed to raise the discipline to a completely new level of understanding of the essential processes of human nature, thought, and society. The concept of structure as Levi-Strauss stressed it grew into one of the most significant intellectual movements, which went a lot beyond the borders of Anthropology. Structural analysis was implemented into social studies, literary and cinema studies, philosophy, and many more. Among some of the names that more or less adopted his approach were Roland Bart, Michel Foucault, Jacques Lacan, Gilles Deleuze, Felix Guattari, Jacques Derrida, and others.

Claude Levi-Strauss brought about the idea that there are universal underlying structures, which govern society on both social and individual levels. That the mind of primitive people is not so different from those who live in fashionable Paris. That our consciousness and social structures are built upon an internal matrix that yields both form and meaning to human beings. Therefore the goal of an anthropologist or researcher is to investigate and find these hidden patterns and structures that form our civilization. Hence, Levi-Strauss wasn't really a proponent of the idea of absolute free will and infinite progress. On contrary, he believed that there is something like the "original" state of human beings, which was somehow corrupted by civilization and suffered the consequences ever since. However, in terms of knowledge, he was not such a pessimist, because after all, he considered it possible to reach the intrinsic forms of human and social nature, and thus we are able to shape ourselves, if not the inherent structures of the human world.

1. "It is only through difference that progress can be made. What threatens us right now is probably what we may call over-communication--that is, the tendency to know exactly in one point of the world what is going on in all other parts of the world. In order for a culture to be really itself and to produce something, the culture and its members must be convinced of their originality and even, to some extent, of their superiority over the others; it is only under conditions of under-communication that it can produce anything. We are now threatened with the prospect of our being only consumers, able to consume anything from any point in the world and from any culture, but of losing all originality."

2. "The more we claim to discriminate between cultures and customs as good and bad, the more completely do we identify ourselves with those we would condemn. By refusing to consider as human those who seem to us to be the most "savage" or "barbarous" of their representatives, we merely adopt one of their own characteristic attitudes. The barbarian is, first and foremost, the man who believes in barbarism."
- Race et histoire

3. "One must be very naïve or dishonest to imagine that men choose their beliefs independently of their situation."

4. "Every effort to understand destroys the object studied in favor of another object of a different nature; this second object requires from us a new effort which destroys it in favor of a third, and so on and so forth until we reach the one lasting presence, the point at which the distinction between meaning and the absence of meaning disappears: the same point from which we began."

5. "Just as the individual is not alone in the group, nor any one society alone among the others, so man is not alone in the universe. When the spectrum or rainbow of human cultures has finally sunk into the void created by our frenzy; as long as we continue to exist and there is a world, that tenuous arch linking us to the inaccessible will still remain, to show us the opposite course to that leading to enslavement; many may be unable to follow it, but its contemplation affords him the only privilege of which he can make himself worthy; that of arresting the process, of controlling the impulse which forces him to block up the cracks in the wall of necessity one by one and to complete his work at the same time as he shuts himself up within his prison; this is a privilege coveted by every society, whatever its beliefs, its political system or its level of civilization; a privilege to which it attaches its leisure, its pleasure, its peace of mind and its freedom; the possibility, vital for life, of unhitching, which consists - Oh! fond farewell to savages and explorations! - in grasping, during the brief intervals in which our species can bring itself to interrupt its hive-like activity, the essence of what it was and continues to be, below the threshold of thought and over and above society: in the contemplation of a mineral more beautiful than all our creations; in the scent that can be smelt at the heart of a lily and is more imbued with learning than all our books; or in the brief glance, heavy with patience, serenity and mutual forgiveness, that, through some involuntary understanding, one can sometimes exchange with a cat."
― Tristes Tropiques

Haiku: the depths of Japanese short poems
Bottling the smell of happiness to help treat depr...