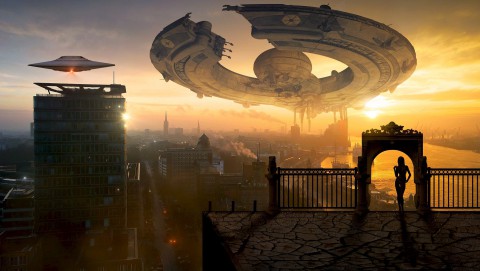 We all know, that one of the main reasons we are still not all over the planets in the solar system is the lack of Oxygen. Not only because it is an essential part of what we breathe, but also because it is needed for the production of rocket fuel, which would make returning from a distant planet to Earth possible. Now, thanks to an instrument brought to Mars by the Perseverance rover, we are a step closer to solving this problem.

Oxygen is the key to space exploration. The human body needs oxygen in order to live. Rocket fuel needs oxygen in order to burn. On Earth, it is approximately 21% of the atmosphere and is easy to harvest. On Mars, though, Carbon dioxide makes up approximately 96% of the gas and Oxygen is only 0.13%. In order to live for one year, a crew of astronauts would need one metric ton of Oxygen. Another 25 metric tons are required for a rocket to leave Mars. This is more than the weight of a space shuttle. And you must agree - a pretty big amount for the astronauts to bring with them. The key here lies in those 96% Carbon Dioxide and a small instrument called MOXIE may prove, that we are on the right path.

MOXIE is short for Mars Oxygen In-Situ Resource Utilization Experiment. It's a 17-kilogram toaster-sized instrument situated inside the Perseverance rover. Its goal is to produce at least 98% pure O2 at a rate of 6–10 grams per hour using solid oxide electrolysis. It will be tested in different conditions, even the harshest. Each experiment will last an hour and altogether there are ten extractions planned. The first five grams were produced on April 20, 2021, and this was officially the first extraction of a natural resource from another planet for human use. 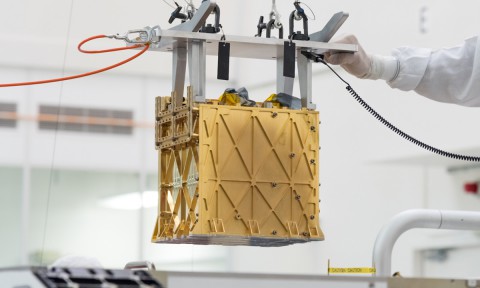 How Does It Work?

MOXIE is often compared to a tree. It breathes in Carbon Dioxide and breathes out Oxygen. What it does is collecting Mars atmospheric gases and then heating them and compressing them using a HEPA filter, scroll compressor, and heaters alongside insulation. When it reaches 800 degrees Celsius, the solid oxide electrolysis starts and every two molecules of carbon dioxide CO2 are then split into two molecules of carbon monoxide CO and one molecule of oxygen O2. The oxygen is then kept and the rest of the gases are returned to the atmosphere.

NASA is now looking forward to conducting the rest of the experiments and in case of success to bringing a 200 times larger version to MARS by the 2030s, which will be a serious step towards constant presence and exploration of the planet.

Bird-like robots could assist in medical emergenci...
The Voice of 20th Century Counter-Culture

More posts from author
Wednesday, 09 June 2021 Schönbrunn Palace - Where All the Magic Happens
Wednesday, 02 June 2021 It's Election Time
Monday, 31 May 2021 Beauty and Convenience by ProQuest

Artemis 1 will launch to the Moon today