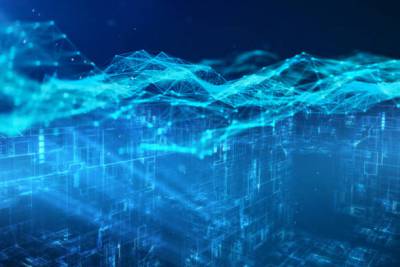 From bits and pieces to a full picture

There are many examples of how digital twins are helping researchers and the private sector to model future effects of climate change and more broadly humans' impact on the environment. One example can be found in Norway's aquaculture industry where salmon farmers in the fjords are fighting against sea lice. Digital-twin simulation is helping farmers find the best solutions to prevent the spread of the tiny parasites.

Another example can be found in the low-lying Netherlands where digital-twin technology is helping to optimise interventions to protect against sea-level rise. This local digital twin, for instance, is designed to inform defence strategies against sea level rise by optimising the mix of dyke enlargements, sand bar enrichments or enhancements of mangroves or coral reefs.

'We have bits and pieces of digital twins already,' noted Prof. Visbeck. 'It's not that we don't have the technology, but today's twins are sectorial or very narrowly issues-based. We are looking forward to the Digital Twin of the Ocean and are articulating a framework to make data and models much more connected and interoperable so you can really look at more broader issues and explore the effects in other areas of the ocean.'

From Data Lakes to the Digital Twin

By any measure – the ocean is huge. Hard to imagine, but 97% of the Earth's water can be found in our ocean. This means that developing models that generate a holistic understanding of the global ocean ecosystem is complicated and requires vast data lakes, advanced cloud-based systems and high performance computing to process data. Just as important is drawing from existing assets such as the Copernicus Marine Environment Monitoring Service (CMEMS), the European Marine Observation and Data Network (EMODnet) and the European Commission's research infrastructures such as EMSO, Euro-Argo, Danubius or Jerico, as well as its digital capacities like the European High Performance Computing Joint Undertaking.

Building a constantly evolving digital picture of the marine environment worldwide is Pierre Bahurel's area of expertise. 'We are running now digital ocean systems to predict the ocean and to deliver information,' said Bahurel, who is the director general of Mercator Ocean International and also the architect and operator of the CMEMS.

'Working in silos, we have been developing databases and others have been developing databases,' he added. 'It's time for ocean monitoring and information services to work all together and combine all the different assets. This is what we are doing now with the Mission to Restore our Ocean and Waters. By combining the different projects, for instance, we will be able – at the end – to deliver a first version of an integrated Digital Twin of the Ocean.'

Bahurel is excited about the opportunity to apply the best of marine science and technology to lift oceanography to a whole new level. 'Some might say it's too soon; others might say we're too late, but I think the time is now,' said Bahurel, who also worked in Europe for the Copernicus. 'Of course, it took us a few years and it wasn't easy. But we met together with all the players and others who were competing for the same things, and we decided to partner.'

The same steps will be taken now for the Digital Twin of the Ocean. 'We will do our best to present something concrete in one year's time,' added Bahurel. 'We will strive for a good plan in six months. We know the players and we know what to do. I think we will need a few years for it to work at the scale we dream of, but it will be truly fantastic.'

A copy of the ocean running in the cloud

Knowledge from the twin will be crucial in assisting scientists, politicians and the public to understand the role nature and humans play in shaping the ocean's future. It will also help design the best policies and ways to manage ocean and water resources in order to reach the EU's goal of being carbon neutral by 2050.

This is an important turning point for ocean forecasters, like Nadia Pinardi, a professor of Oceanography at Bologna University, who coordinated monitoring and assessment under the EMODnet Mediterranean Sea Checkpoint.

'The digital representation of the ocean will help us to test solutions in the future,' she explained. 'Just like engineering companies test the reliability of physical objects by simulating them first in the digital environment, we will do the same for the ocean. So a digital twin is a way to protect our coastal environment by knowing beforehand which solutions work best.'

To give an example, Prof. Pinardi predicts how the Digital Twin of the Ocean will help build resilience against coastal hazards due to coastal storms and sea-level rise. 'Storm surges are due to combined effects of tides and strong winds,' she said. 'What is the solution to defend the coast and protect lives and our properties? Up to now, solutions were physical barriers put in front of the coast and putting more sand on beaches every year. Some might also think it's better to use nature-based solutions since nature has a natural ability to protect coastal areas like with seagrass and mangroves… This is where the digital twin can help by clearly showing us the different solutions so that the right one can be found.'

For researchers, the Digital Twin of the Ocean will help them to predict how climate changes and human activity will affect marine ecosystems such as sea grass meadows in the Mediterranean and tuna migrations. At the same time, the technology could enable entrepreneurs like fish farmers to optimise production by predicting salinity, currents and extreme heat events, with daily forecasting of oxygen, nutrients, nitrates or harmful algae blooms. It will also make it easier for local authorities to test green-blue infrastructure solutions resilient to sea-level rises against various scenarios.

For citizens, the open and public models of the digital-twin technology will create a virtual feedback loop in which they can also interact and provide real time reporting about their surroundings. In turn, this information will prove useful to improve models on biological and ecological observation campaigns (as in the case of marine litter) or to advance planning in cases of extreme weather warnings, dangerous jellyfish bloom predictions or beaches unsafe for swimming.

Once operational, the Digital Twin of the Ocean will empower scientists to move beyond numbers and spreadsheets to tell the story of the ocean. For Prof. Visbeck, the digital twin can be used to communicate the problems and solutions which is a key aspect of climate change governance.

'As scientists, we see things coming like warmings and sea-level rises. I think for many non-experts, this is all pretty abstract with numbers on charts, tables and maps. Explaining how the Earth will change to become drier or warmer and showing this effect on maps is not easy to communicate to non-experts. Unfortunately, not everyone knows how to read a map and interpret the numbers. For most people, it's much more intuitive to relate to what they see. For example, we all relate most to landscapes – or oceanscapes. So, if we can show people how the ocean landscape will change under certain interventions, that will make an impression and help them to choose between development options. The way in which landscapes and oceanscapes are changing will leave the deepest impression on the non-experts. And I think the digital twins and advanced visualisations will allow us to do just that,' he concluded.

One of the biggest digital-twinning projects was launched in February 2022. The ILIAD, an international flagship project funded under the European Union's Green Deal Call, has set a course to develop the ILIAD Digital Twin of the Ocean (DTO). This is an interoperable and data-intensive digital twin designed to make maximum use of vast amounts of new data provided by earth sources and modern computing infrastructure – from social networking to the Internet of Things.

Building on the assets resulting from 20 years of investments in policies and infrastructures for the blue economy, ILIAD will apply a "System of Systems" approach to explore the ocean through an application of geovisualisation with virtual reality. It will combine high-resolution modelling with real-time sensing of ocean parameters, advanced algorithms for forecasting of spatio-temporal events and pattern recognition.

Specifically, the ILIAD DTO will consist of several real-time to near-real-time digital replicas of the ocean. These digital twins will be used to support the design and development of smart and innovative services, paving the way for an open, actionable, and equitable digital twin of the ocean throughout the EU and beyond, starting with the partner countries. Digital-twinning pilots will be launched in various sectors such as marine renewable energy, fisheries and aquaculture, as well as maritime traffic and harbour safety.

LGBT: The acceptance of transgender people in the ...
On this date, 25 years ago…