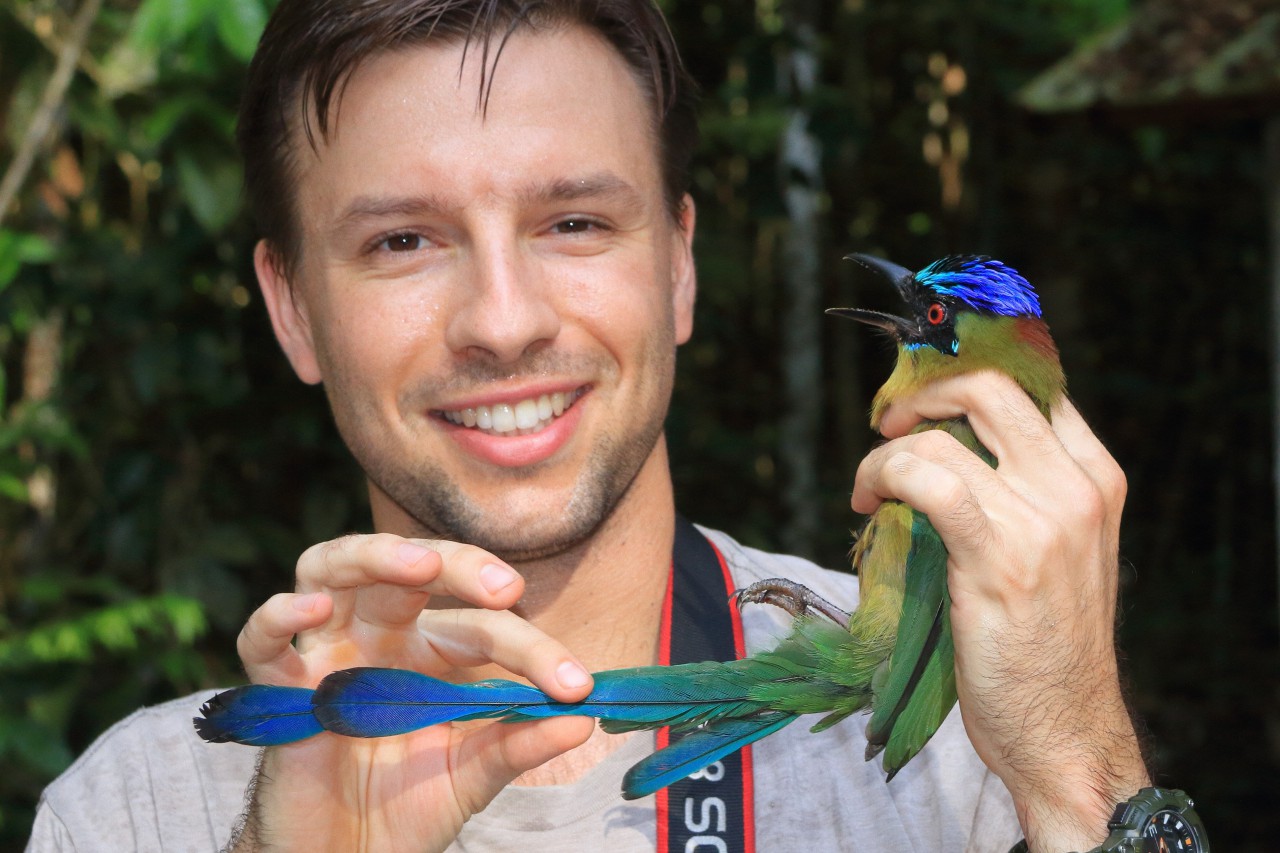 Changes reach most pristine parts of the Amazon rainforest

The most pristine parts of the Amazon rainforest, those devoid of direct human contact, are being impacted by human-induced climate change, according to U.S. National Science Foundation-supported research by Louisiana State University scientists.

Analyses of data collected over the past four decades show that not only has the number of resident birds throughout the Amazon rainforest declined, but the body size and wing length have changed for most studied species. These physical changes in the birds track increasingly hot and dry conditions in the dry season from June to November.

The amount of human impact upon nature

"Even in the middle of this pristine Amazon rainforest, we are seeing the global effects of climate change," said Vitek Jirinec, lead author of a study published in Science Advances.

Birds in the Amazon rainforest have become smaller and their wings have become longer over several generations, indicating a response to shifting environmental conditions that may include new physiological or nutritional challenges.

This is the first study to discover these changes in non-migratory birds' body size and shape. It eliminates other factors that may have influenced these physiological changes.

Jirinec and colleagues studied data collected over more than 40 years on some 15,000 birds that were captured, measured, weighed, marked with a leg band and released in the world's largest rainforest.

The data reveal that nearly all the birds' bodies have reduced in mass, or have become lighter, since the 1980s. Most of the bird species lost about 2% of their body weight every decade. For birds that weighed about 30 grams in the 1980s, the population now averages about 27.6 grams.

"These birds don't vary that much in size," said co-author Philip Stouffer. "They are fairly fine-tuned, so when everyone in the population is a couple of grams smaller, it's significant."

The data cover a large range of the rainforest, so changes in the birds' bodies and wings across communities are not tied to one specific site, which means that the phenomenon is pervasive.

Betsy Von Holle, a program director in NSF's Division of Environmental Biology, added that "this study demonstrates the power of long-term research to unveil significant responses of species to climate change."