Call for workshops and performances in Florence

We present you with three of the already confirmed workshops for this year's SGEM Florence Conference. Part of one of the main focuses of SWS Scientific Society – the prolific rendezvous of Science and Art – these sessions will immerse you into the creative realms where scientific achievements enrich the artistic imagination and vice versa. Our mission is to facilitate the conversation between the artists and the scientists in order to show how elucidating and inspiring their collaboration could be.

We invite you to participate with your own workshop or as a spectator, and why not both. It's up to you!

Follow the links below for more detailed information about our workshop sessions: 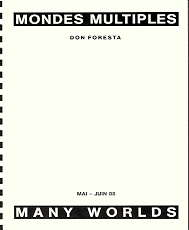 Day/Time: to be announced in addition

The overall objective of this work is to explain the enormous transformation taking place in contemporary society and the role of art and science, man's two main modes of expression, in it. This is a period of transition, difficult and dynamic, provoked by science and manifested in the arts. Any change in mathematics and science leads to a change in the definition of the universe through a new understanding of the nature of matter. Quantum physics initiated a shift from a mechanical world-view inherited from an earlier era to a new view of matter as a process, of communication, of observer's participation in its definition. Much of the arts of the 20th century reflect that fundamental change from object to process. Science has become the subject matter of art. The artist is a researcher of the human condition using tools different from those of science but with the same objective. Just as the communication of scientific ideas defines reality, the exchange of artistic "realities" adds to the definition of the world.

Don Foresta is a research artist and theoretician in art using new technologies as creative tools. He is a specialist in art and science whose principal work in the field, "Mondes Multiples" was published in French in 1991. A second edition in English is currently being prepared. He is now a Visiting Research Associate at the London School of Economics and professor at the Ecole Nationale Supérieure d'Arts - Paris/Cergy.

He has been working for over 25 years developing the network as an artistic tool and is presently coordinating a permanent high band-width network, MARCEL, for artistic, educational and cultural experimentation. He began the network while invited artist/professor at the National Studio of Contemporary Art, Le Fresnoy, Lille, France and completed it under a UK Arts & Humanities Research Council fellowship at the Wimbledon School of Art in London. MARCEL now has 120 confirmed members in 22 countries, 30 of whom are connected permanently over a multicasting platform.
His first on-line exchange in 1981 was between the Center for Advanced Visual Studies at MIT where he was a fellow and the American Center in Paris where he was director of the Media Art program. He was a commissioner to the 42nd Venice Biennial in 1986 where he built one of the first computer networks between artists, an effort he has expanded as the technology has grown.

Foresta is a graduate of the University of Buffalo, the Johns Hopkins School of Advanced International Studies and holds a doctorate degree from the Sorbonne in Information Science. He has both US and French nationalities and was named "Chevalier" of the Order of Arts and Lettres by the French Ministry of Culture. 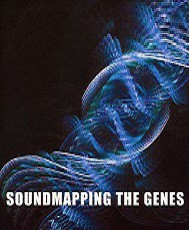 Day/Time: to be announced in addition

Soundmapping the Genes is a research-based artistic project, using DNA code-sequence structures in music. The complete code-sequence of the H1 histonin protein of the rainbow trout is translated into MIDI language and can be used simply as a melody - consisting of 642 notes - or as information, running electronic music parameters in real-time live music settings.

Therefore this project is very much in the spirit of this conference, as SOUNDMAPPING THE GENES is a real demonstration of how art meets science-literally seen.

Fredrik Soegaard - Danish guitarist Fredrik Søegaard was born in 1951: improviser, composer, teacher, working with improvisations in complex structures like Mandelbrot fractal algorithms or DNA coding sequences, his trademark is unquestionably the use of groundbreaking scientific structures. He has developed his sonic researches through his own groups, occasional collaborations with various musicians/ensembles of mixed genres. 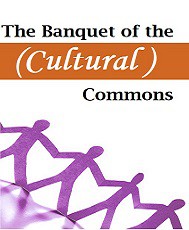 This piece is a short video-art

Cultural Commons are cultural resources shared by a community that, like other situations of collective action, also reproduce social dilemmas. In these cases, as indicated by Olson, rational, self-interested individuals could not act to achieve their common or group interests. In that sense, the tragedy of Cultural Commons would mean its disappearance due to free-riding behavior.

However, many cultural commons are maintained over time because reciprocity, reputation, and trust can overcome self-interested behavior. The inhabitants of Villastrada (Italy) have achieved it for decades. Every summer, they work voluntarily to organize the festivities of this small village.

Raúl de Arriba is a Ph.D. in Economics and associate professor in Economic Policy at the University of Valencia (Spain) since 2000. He has written about international economic policy, pluralism and creativity in teaching economics and art and economics. He has been visiting researcher in École des Hautes Etudes en Sciences Sociales (France) and Research Center in Political Science and International Relations (Portugal), among others.

María Vidagañ is a Ph.D. in Art Education and lecturer of the Department of Musical, Plastic and Corporal Expression of the Jaume I University of Castellón (Spain). She has done research work on artistic education, audiovisual creation, research based on the arts and has some publications and communications on this subject. Her current lines of research are art education, audiovisual creation and art-based research.

Albena - A Piece of Paradise on the Black Sea Coast 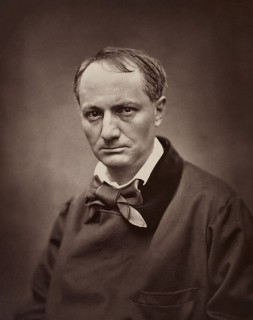 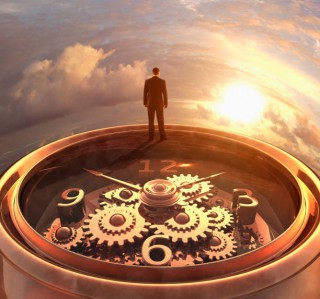