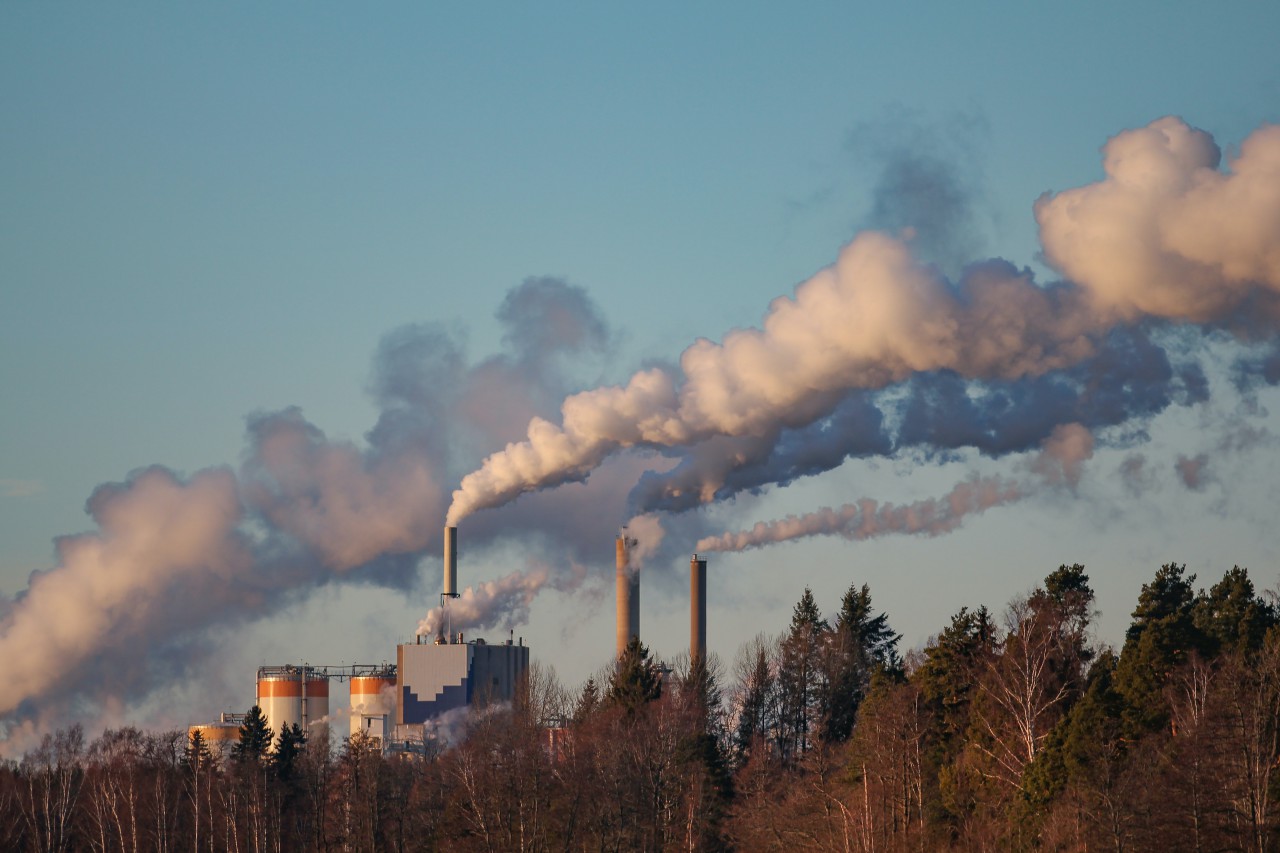 Some of the biggest polluters — the steel, cement and chemicals industries that account for more than two-thirds of all industrial carbon dioxide emissions in the EU — have already made some progress, cutting emissions by nearly 30% between 1990 and 2018. This was in part thanks to the EU's flagship climate policy — the Emissions Trading System — which follows the 'polluter pays' principle, in which certain industries pay for a (capped) emissions allowance for each tonne of CO2-equivalent they inject into the atmosphere.

This approach has tried to disincentivise the use of fossil fuels by charging a little bit for emissions — but it isn't enough and it isn't fast enough, says Stuart Haszeldine, professor of carbon capture and storage at the University of Edinburgh, UK.

'The policies we've got at the moment are good for starting off on the journey, but they … definitely don't get to the end point of the journey. There are ways of achieving these goals, but we haven't been bold enough to do them.'

Instead of dealing with the messy output, the cleanest way to cutting greenhouse emissions is to use renewable electricity as the main energy source — but this isn't always feasible. Planting trees to suck up carbon from the atmosphere could be another crucial piece of the puzzle, but it's a slow and steady kind of solution, one that will take years and scale, to bring meaningful change.

Perhaps the single most critical ingredient to meeting the Paris Agreement's covenant to limit global warming to 'well below' 2°C compared to pre-industrial levels is proven industrial technology designed to capture and store CO2 before it is emitted into the atmosphere, says Prof. Haszeldine.

This could be done by mandating carbon-intensive industries to progressively invest in storing and/or recycling a percentage of the CO2 they produce, he suggested.

The cement industry, for instance, produces more than 4 billion tonnes of product each year, accounting for around 8% of global CO2 emissions — but only a third of its emissions emanate from the use of fuel for power, which means switching to renewable energy isn't enough.

The bulk of its emissions are intrinsically linked to the process for producing clinker, one of the main ingredients in cement.

To make the production of most widely used construction material greener, projects like CLEANKER are testing in an industrial setting the applicability of capturing CO2 released during the cement production process. CLEANKER uses so-called calcium looping technology, which uses calcium oxide-based sorbents to capture CO2 at high temperatures.

The technology has the potential to harness more than 90% of the CO2 produced in a cement plant, says Riccardo Cremona, who is working with researchers from Politecnico di Milano, a university in Italy, on the CLEANKER project.

A key hurdle to adoption is the expense — the cost of implementing such technology is the same order of magnitude of building a cement plant itself, so it is inconvenient for producers at the moment. But if the Paris Agreement and 2050 goals are to be met, he said, 'we have to adopt this technology … carbon capture will be fundamental for big industries that want to be carbon-free.'

Once CO2 has been captured, it can be compressed into liquid state and can then be pumped underground to replenish, for instance, depleted oil and gas reservoirs or coalbeds. 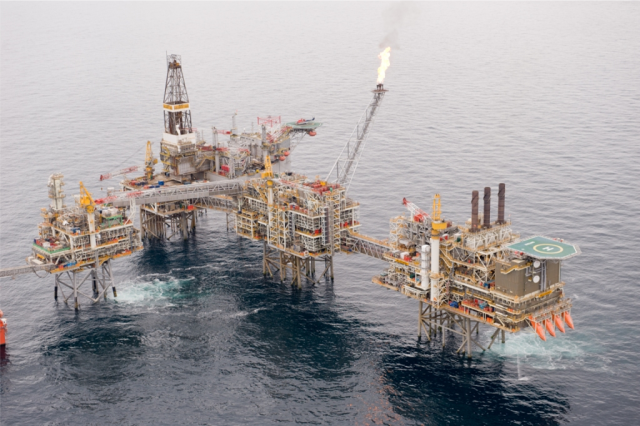 Norway has been storing CO2 under the North Sea for decades driven by a carbon tax policy on offshore oil and gas fields. Image credit - Suncor Energy, licensed under CC BY-NC-ND 2.0

The captured CO2 could also be recycled to produce other products of value, which was the goal of the recent Carbon4PUR project. The aim, says project coordinator Dr Liv Adler from the polymer company Covestro Deutschland, was to demonstrate and evaluate whether it's technically possible, economically feasible and sustainable to recycle steel mill gases that contain CO2 and carbon monoxide into intermediate compounds that can be used to produce insulation boards or wood coatings.

The project has delivered promising results, demonstrating the ability to convert steel mill gas mixtures into intermediate compounds for plastic polymers called polyurethanes, but Dr Adler says this type of technology is only part of the solution — there are other components that make up polyurethanes that could also be changed.

'Imagine baking a cake. We worked on, for example, the milk that you need to produce the cake, but every other ingredient is still the same,' she said.

'To really reduce emissions … we need to not only exchange the milk, but also exchange the eggs, the flour and the sugar and only then can we come to a real sustainable product.'

Another initiative designed to enhance sustainability, this time in the chemicals industry, is the CatASus project, which is coordinated by Katalin Barta Weissert, professor in the Institute of Chemistry at the University of Graz, Austria.

The project is working on developing more sustainable methods for deriving renewable sources of amines — a family of chemicals widely present in pharmaceuticals, agrochemicals and surfactants — from decomposing lignocellulose (waste plant dry matter abundantly produced in agricultural and forestry). Essentially, by using waste biomass to make amines, there should be no extra CO2 emissions that would otherwise occur to produce these chemicals.

What is crucial is that basic research like this keeps getting funded — only then will scientists be able develop methods that will eventually eclipse the status quo so much so that industry will be compelled to adopt such technologies, she says.

'Eventually we should reach the stage where we design something clever that will actually cost less… where the industry will say "this is amazing; it's less polluting, less hazardous but also cheaper for us."'

'Eventually we should reach the stage where we design something clever that will actually cost less… where the industry will say "this is amazing; it's less polluting, less hazardous but also cheaper for us."'

As it stands, many of the projects that are developing new carbon-cutting technologies for renewable chemicals are young — they have a long way to go, says Dr Adler.

For instance, although her Carbon4PUR project has successfully demonstrated proof of concept on a semi-industrial scale, it needs to be trialled on a bigger scale and it will take at least five to 10 years (assuming all goes well) before it will be market ready, she says.

Meanwhile, large-scale carbon storage projects are already underway. Norway, for example, has been storing CO2 under the North Sea for decades — driven by a carbon tax policy on offshore oil and gas fields. And the UK is about to fund two big projects to start by 2025, with two more by 2030.

So certain technologies that can make a big difference already exist, but the problem is how to implement them fast enough and across the continent. Governments are not making enough headway in this regard because it means that they have to completely change the way that their energy system works, says Prof. Haszeldine. Using the EU-ETS Innovation Fund, the EU can help to fund the first pilot project to show carbon capture and storage works within a country, but it can't fund everything, because there's too much to fund, he says.

'A government has to be creative — to invent a way of making this inevitable, making companies and businesses clean up their carbon emissions instead of putting them in the atmosphere. The clean-up has to become normal.'

If Europe wants to achieve that net-zero position, he says, 'it really has to increase its ambition for the engineered capture of carbon capture and storage by a very large amount.'

As the poet said:
Do you know what a Red Poppy symbolizes?

Carbon and climate change in an ancient 'icehouse' world