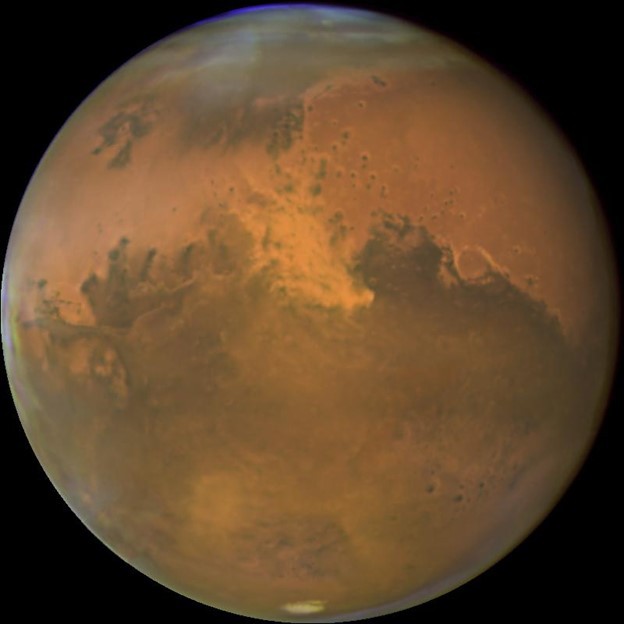 If experiments done in small bottles in a University of Oregon lab are accurate, the friction of colliding Martian dust particles is unlikely to generate big electrical storms or threaten newly arrived exploration vehicles or, eventually, human visitors, according to U.S. National Science Foundation-funded researchers.

No lightning strikes on Mars?

Questions about potential electrical activity were first raised at the time of the Viking landers in the 1970s, and orbiters since then have detected silts, clays, wind-blown landforms, and dust devils (small, rapidly rotating winds made visible by dust) on Mars.

Dry Martian dust particles' contact with each other may produce electrical discharges at the surface and in the planet's atmosphere. However, such sparks are likely to be small and pose little danger to robotic or human missions to the red planet, the scientists report in a paper published online and scheduled to appear in the March 15 print issue of the journal Icarus.

Scientists have sought to determine experimentally whether large electrical storms and lightning were possible -- and whether hazards might result from static electricity generated by particles of the red planet's mostly basaltic rock striking vehicles or, eventually, humans in protective gear.

Using volcanic ash as a stand-in for Martian dust, researchers in the lab of University of Oregon volcanologist Josef Dufek found that electrical discharges in Martian dust devils and storms are indeed possible. However, the discharges would likely be small given the weak electrical fields supported by the Martian atmosphere.

Martian dust devils, the researchers said, may appear to sparkle, crackle, or faintly glow as they roll across Mars' desiccated landscape, but with discharges probably so small they may not be visible except through detection of their radio waves.