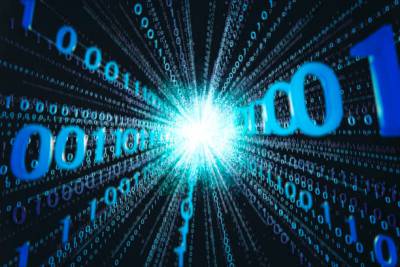 Using existing experimental and computational resources, a multi-institutional team has developed an effective method for measuring high-dimensional qudits encoded in quantum frequency combs, a type of photon source, on a single optical chip.

Although the word "qudit" might look like a typo, this lesser-known cousin of the qubit, or quantum bit, can carry more information and is more resistant to noise — key qualities needed to improve the performance of quantum networks, quantum key distribution systems and, eventually, the quantum internet.

Classical computer bits categorize data as ones or zeroes, whereas qubits can hold values of one, zero or both — simultaneously — owing to superposition, a phenomenon that allows multiple quantum states to exist at the same time. The "d" in qudit stands for the number of different levels or values that can be encoded on a photon. Traditional qubits have two levels, but adding more levels transforms them into qudits.

"We've always known that it's possible to encode 10- or 20-level qudits or even higher using the colors of photons, or optical frequencies, but the problem is that measuring these particles is very difficult," said Hsuan-Hao Lu of ORNL. "We found an efficient and novel technique that is relatively easy to do on the experimental side."

Emergency-response drones to save lives in the digital skies

What Can't Be Predicted in Physic? – Seth Lloyd

Immortality: Can we upload human consciousness?