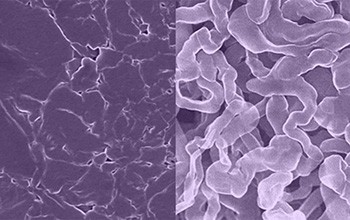 Replacing lithium and cobalt in lithium-ion batteries would result in a more environmentally and socially conscious technology, scientists say. Toward that end, University of Texas at Austin researchers, funded in part by the U.S. National Science Foundation, have developed a sodium-based battery material that is stable, can recharge as fast as a traditional lithium-ion battery, and has the potential for a higher energy output than current lithium-ion battery technologies.

Ions in batteries travel between the negative anode and positive cathode when generating electricity. In sodium-based batteries, anodes can develop filaments called dendrites that could cause electrical shorts and increase the chances of a fire or explosion. This new sodium-based technology resists dendrite growth and recharges as fast as a lithium-ion battery. The team published the results in the journal Advanced Materials.

The anode material is made by rolling a thin sheet of sodium metal onto an antimony telluride powder and folding the sheet repeatedly, resulting in a uniform distribution of sodium atoms that resist the formation of dendrites and corrosion. The process also makes the battery more stable, with a charge rate similar to a lithium-ion battery and potentially a higher energy capacity.

"We're essentially solving two problems at once," said study co-author David Mitlin. "Typically, the faster you charge, the more of these dendrites you grow. So, if you suppress dendrite growth, you can charge and discharge faster, because all of a sudden it's safe."

The demand for stationary energy storage systems is high and rising. This technology could provide a stable, sustainable and less expensive solution. The researchers have applied for a patent on the technology.

On this date, 87 years ago...
Haiku: the depths of Japanese short poems