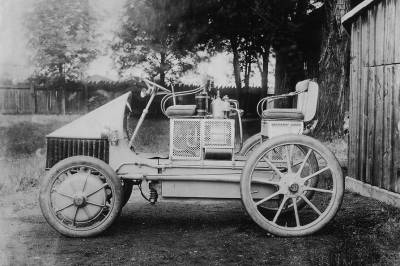 Who would have thought it? One of the earliest examples of electric car was invented in Vienna – more than one hundred years ago. The Austrian coachmaker Ludwig Lohner and automotive engineer Ferdinand Porsche produced an electric car in 1899 for the Vienna-based Lohner Werke company. A year later, this breakthrough piece of engineering was presented at the World Expo in Paris.

In 1900, the first hybrid vehicle followed. The reasons behind the invention were quite similar to those behind the push for electric vehicles today. Lohner believed that the air would be "inexorably damaged by increasing numbers of petrol engines". And for some time, it seemed like the electric engine and not the internal combustion engine would come out in front. Unfortunately, crippling development costs and a legal dispute over patents spelled the end for Vienna's Lohner-Porsche vehicle just a few years later.

The 22nd edition of the SGEM Vienna Green conferen...
8 Thoughts by Heraclitus