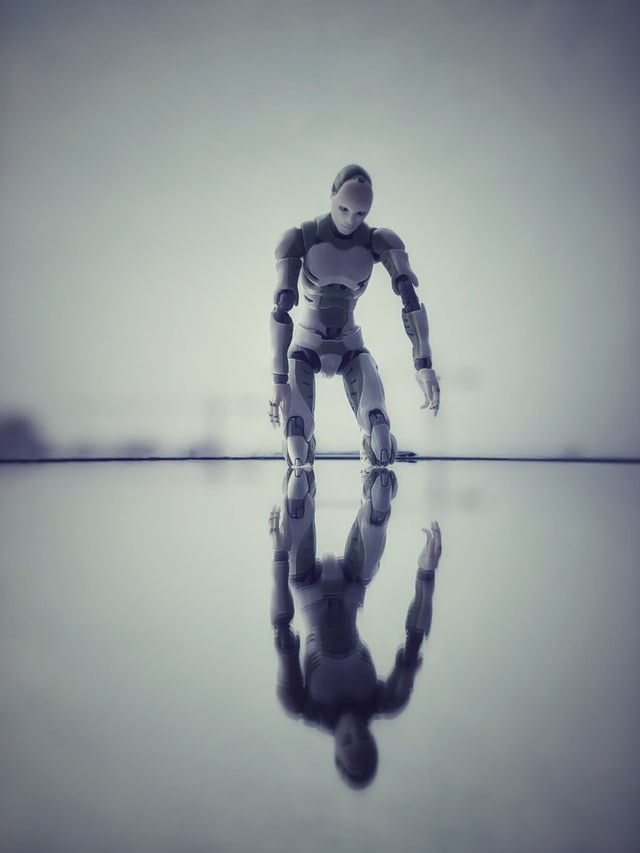 As artificial intelligence (AI) plays a growing role in the everyday lives of people around the world, views on AI's impact on society are mixed across 20 global publics, according to a recent Pew Research Center survey. 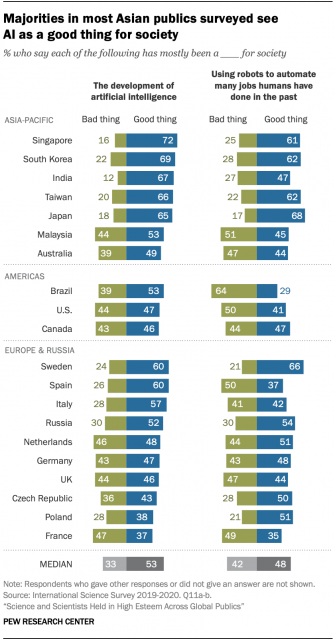 A median of about half (53%) say the development of artificial intelligence, or the use of computer systems designed to imitate human behaviors, has been a good thing for society, while 33% say it has been a bad thing.

Opinions are also divided on another major technological development: using robots to automate many jobs humans have done in the past. A median of 48% say job automation has been a good thing, while 42% say it's had a negative impact on society.

The survey – conducted in late 2019 and early 2020 in 20 places across Europe, the Asia-Pacific region, and in the United States, Canada, Brazil and Russia – comes as automation has remade workplaces around the world and AI increasingly powers things from social media algorithms to technology in cars and everyday appliances.

Views of AI are generally positive among the Asian publics surveyed: About two-thirds or more in Singapore (72%), South Korea (69%), India (67%), Taiwan (66%) and Japan (65%) say AI has been a good thing for society. Many places in Asia have emerged as world leaders in AI.

As with AI, Asian publics surveyed stand out for their relatively positive views of the impact of job automation. Many Asian publics have made major strides in the development of robotics and AI. The South Korean and Singaporean manufacturing industries, for instance, have the highest and second highest robot density of anywhere in the world. Singapore is also pursuing its goal of becoming the world's first "smart nation," and the government has identified AI as one of many key development areas necessary to reach that goal. Japan has also long been a world leader in robotics manufacturing and development, and robots and AI are increasingly integrated into everyday life there to help with tasks ranging from household chores to elder care.

Men are significantly more likely than women to say artificial intelligence has been a good thing for society in 15 of the 20 places surveyed. In Japan, for example, nearly three-quarters of men (73%) have positive views of AI, compared with 56% of women. In the U.S., 53% of men say AI has been a positive thing, compared with 40% of women. 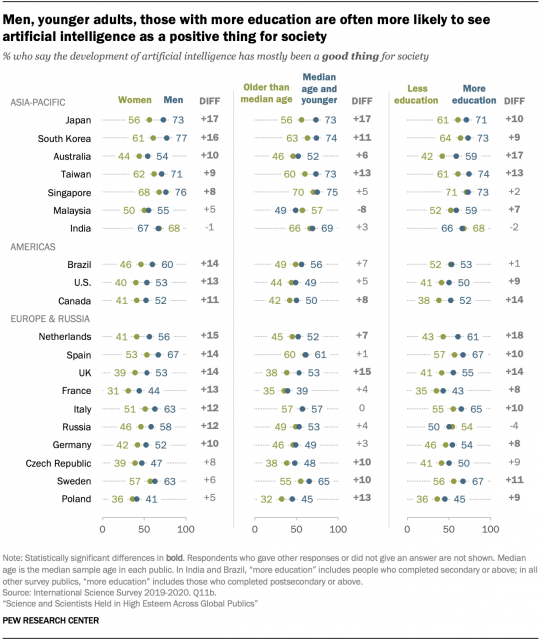 People with more education are also more likely to have a positive view of AI. This gap is largest in the Netherlands, where a majority of those with a college education or higher (61%) see AI favorably, compared with 43% of those with less education. In the 11 publics where age is a significant factor in views of AI, younger people usually have a more positive view of the technology than older people.

There are similar patterns by gender and education in views of job automation. The educational differences are particularly large in some places: In Italy, for instance, about two-thirds of people with at least a college education (65%) say job automation has been a good thing for society, compared with just 38% of people with less education. Among adults with more education, those who took three or more science courses tend to see job automation more positively than people who took fewer science classes.

On this day, 152 years ago…
Seven thought experiments that will make you think... 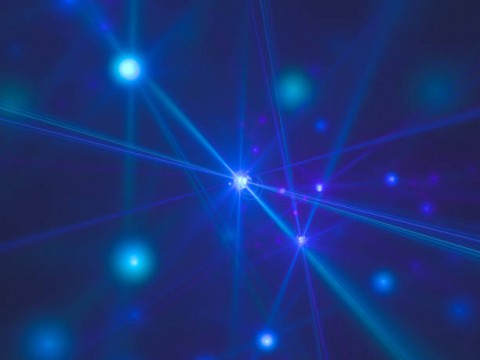