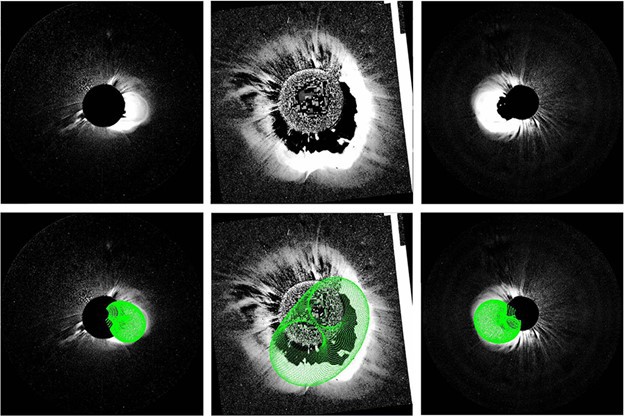 Computers are central to the quest to understand the sun's behavior and its role in space weather events.

"Space weather requires a real-time product so we can predict impacts before an event, not just afterward," said Nikolai Pogorelov of the University of Alabama in Huntsville, who has been using computers to study space weather for decades. "This subject -- related to national space programs, environmental and other issues -- was recently escalated to a higher level."

To many, space weather may seem like a distant concern, but like a pandemic -- something known to be possible and catastrophic -- humanity may not realize its dangers until it is too late.

"We don't think about it, but electrical communication, GPS and everyday gadgets can be affected by extreme space weather effects," Pogorelov said.

And the U.S. is planning missions to other planets and the moon. All will require accurate predictions of space weather for the design of spacecraft and to alert astronauts to extreme events.

With funding from the U.S. National Science Foundation, Pogorelov leads a team working to improve the state-of-the-art in space weather forecasting.

"This research, blending intricate science, advanced computing and exciting observations, will advance our understanding of how the sun drives space weather and its effects on Earth," said Mangala Sharma, a program director in NSF's Division of Atmospheric and Geospace Sciences. "The work will help scientists predict space weather events and build our nation's resilience against these potential natural hazards."

In The Astrophysical Journal, Pogorelov and colleagues described the role of backstreaming pickup ions -- ions reflected from the shockwave of an explosion -- in the acceleration of charged particles in the universe. Backstreaming ions, either of interstellar or local origin, are picked up by the magnetized solar wind plasma and move outward from the sun.

Do you know what a Red Poppy symbolizes?
Sunday Quotes to Reflect on